The European Pavilion: Kick off meeting Back

The European Pavilion: Kick off meeting

In July 2020, we kicked start our initiative for a European Pavilion with brainstorm meeting that brought together a group of curators, artists, and foundation representatives. The meeting was part of an exploratory process in which we gathered different perspectives and interests, and reflected on whether the creation of a European Pavilion in a completely ‘new’ way is a significant symbol of a positive European sentiment and solidarity.

Participants to the meeting included: 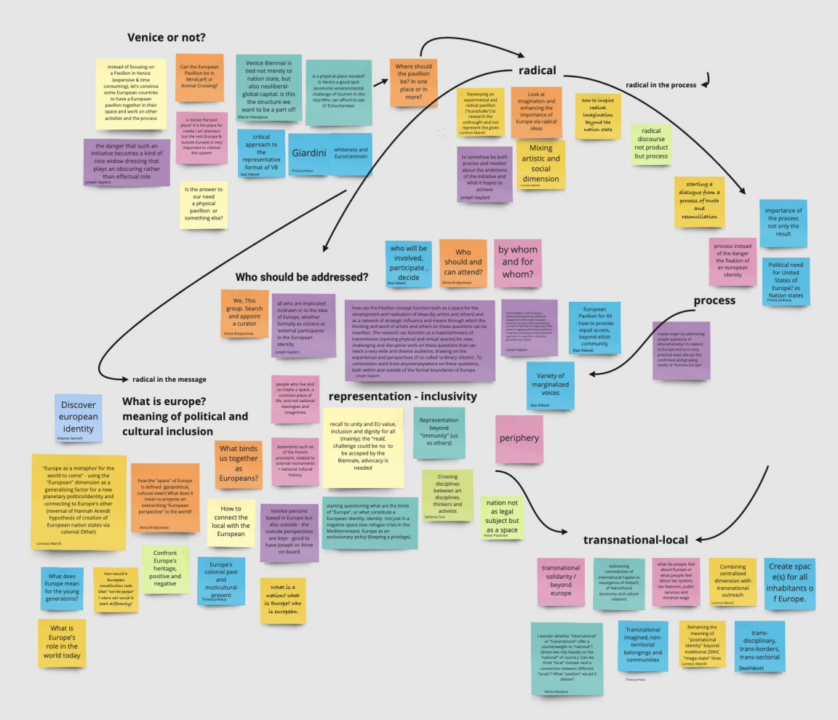 At the end of the meeting, some key considerations emerged, on which to base the development of the European Pavilion:

The Pavilion should be a place for radical questioning of Europe rather than aiming at finding a definite answer. It should adopt a decentralized approach that allows to bridge local contexts and lived experience with the European dimension and include perspective from outside of Europe. Through a networked approach, experimental and bottom-up processes would be encouraged.

Grants 2020 for initiatives that connect with the European Pavilion