Subscribe to our newsletter
I accept all terms and conditions
There was an error, please try again later
Thank you for subscribing!
Stories of Europe: A conversation with Tegiye Birey [2019] Back
Support us

Stories of Europe: A conversation with Tegiye Birey [2019] 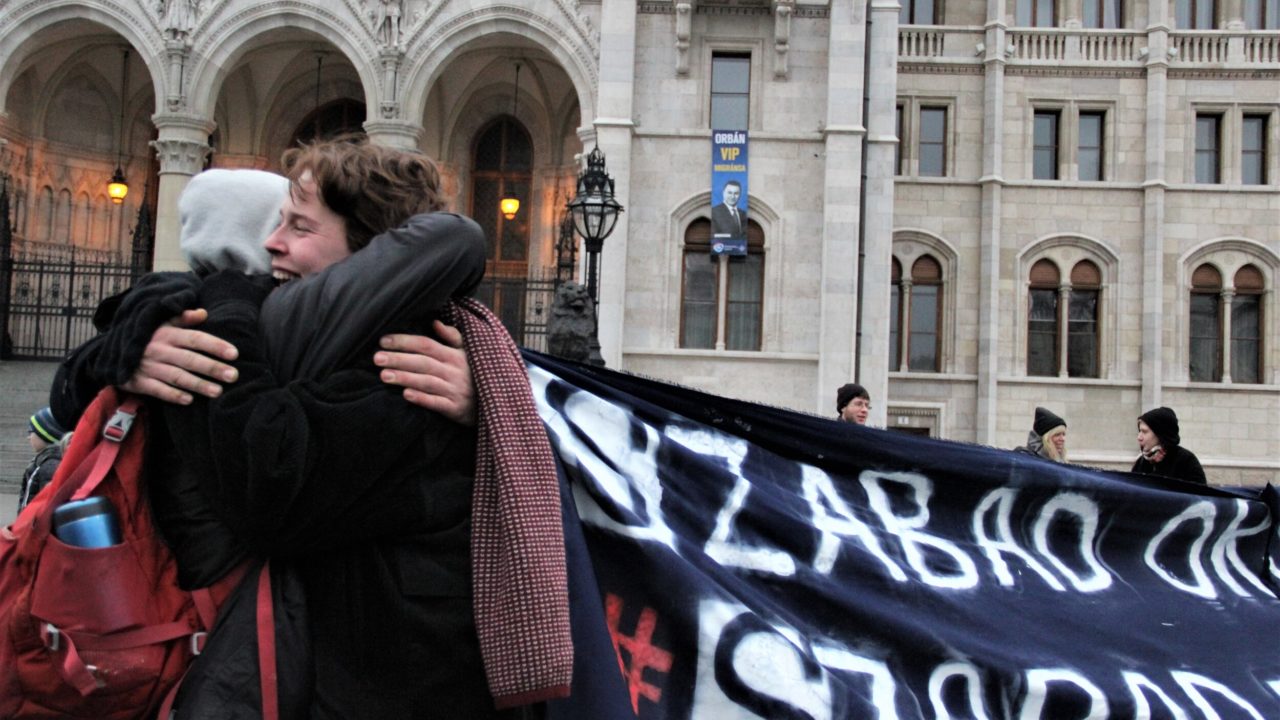 Sabrina Stallone: (Higher) education is one of the areas most aggressively targeted by illiberal forces and authoritarian regimes across Europe, as maybe most strongly seen at your current alma mater, the Central European University (CEU) in Hungary. At the same time, voices about the reformation, decolonisation and diversification of universities are on the rise again. Why do you think that is? And how do we focus on one – protecting the university from anti-education manoeuvres – without losing sight of the other?

Tegiye Birey: I think the crucial point here is to notice the interrelatedness of struggles for decolonisation of knowledge with struggles against illiberal attacks on universities. The movement to decolonise education, which has its genealogies in post-colonial and indigenous spaces, was reignited by the Rhodes Must Fall protests at the University of Cape Town when students demanded the removal of the statue of Cecil Rhodes, a British colonialist, in 2015. Since then, the mantra ‘decolonise the university’ has found a broad echo across the globe. Decolonising does not only require bringing diversity into the curriculum, but also devising perspectives that enable blunt engagements with the texts, institutions and practices that are products of cultural and economic dispossessions and that have contributed to disproportionate accumulation of wealth and other forms of power by groups of elites, institutions, empires in their various manifestations. To put it simply, to decolonise is to reveal that knowledge is always marked by power relations.

In Hungary, attacks on higher education are accompanied by attacks on civil society, the media, spaces that sustain collective memories and action, attempted changes to the judicial system and the appropriation of seemingly democratic practices such as public consultations. From there, attacks on higher education in Hungary become part of a bigger political project of colonisation of all aspects of life and alternative possibilities of knowing and remembering. Resisting illiberal attacks in tandem with working towards decolonising the academy becomes especially significant in Europe’s current political climate where liberal-to-centre political actors do not shy away from catering to discourses that have been popularised by the right-wing opinionmakers, fearing to lose voters to the rising right. On such a slippery terrain, insisting against the erasure of histories, and tracing the connections between them and ongoing experiences of dispossession and oppression, figure as an urgent project.

SS: You have been a PhD researcher at CEU over the past three years. How have you experienced the climate and attitudes towards education in Hungary?

TB: The announcement of the legislation on the modification of the Higher Education Law in 2017, which effectively forced CEU out of Budapest, was preceded with the national curriculum being put under centralised government control some four years ago. Since then, Gender Studies programmes lost accreditation across universities with the justification that graduates from such programmes do not contribute to the economy. The Hungarian Academy of Sciences, the country’s oldest scientific institute, recently lost its research units and networks to another body that will be run by a board appointed by the Prime Minister.

While attacks on education and other areas of life are accelerating through the amalgam of tactics that include legalism and well-networked oligarchic structures, attacks only do not represent the totality of the climate and attitudes towards education in Hungary. Budapest, the city in which CEU has been based for nearly three decades, houses other rooted higher education institutions such as Eötvös Loránd University and Corvinus University. This process also witnessed the rise of activist solidarities in-between the students of different universities in Budapest, leading to tent-protests by the Parliament, and generated mass demonstrations in defense of education. On 2 April 2017, nearly 10,000 protestors took to the street in Budapest to defend academic freedom. As one legislation after another attempts to reshape the new face of education in Hungary, political socialities that are not directly governed by law continue to serve as a strong resource to facilitate encounters of collective resistance, learning and imagination.

SS: Your research centres on the gendered politics in networks of solidarity between migrants and local initiatives in Europe. Where do you see the university’s role and responsibility in tackling these issues?

TB: In the face of the increased visibility of forced migration in the last five years, many universities across Europe launched special educational programmes for refugees. These initiatives not only provided spaces of encounters and engagements amongst newcomers, academics and students (not always separate categories), but also offered opportunities to counter downward social mobility that the current migration regimes induce. However, these initiatives are not immune to illiberal attacks on education either. The CEU’s Open Learning Initiative, which aims to open the university to refugees and asylum-seekers, partially funded by the Erasmus+ Programme of the European Union, is now forced to continue part of its operations outside of Budapest. The duty of the university, therefore, is not only to make the university more accessible, but also find ways to keep it open, and not only for a few.

Migration regimes legally fragments identities into the categories refugees, asylum-seekers, economic migrants, highly-skilled migrants, low-skilled migrants, etc. Migrants without documents are usually excluded from such university programmes. Here, the practice of creating sanctuary campuses becomes critical. With a history that goes back to medieval England, sanctuary movements have upheld moral responsibility towards others above immoral laws, and provided safe spaces to people escaping persecution. In the case of universities, mostly based in the US, present practices of sanctuary campuses range from symbolic support, refusal to cooperate with immigration authorities, not recording immigration/citizenship status and offering physical sanctuary. As repression is legalised through the bombardment of legislations, as in the case of Hungary, problematising what is deemed legal and what is deemed illegal figures as a political and ethical question that the universities are forced to take a stand on, not only in classrooms but also in their practice.

SS: The founders of the European Cultural Foundation believed that investing in education would mean investing in a new generation of leaders whose values would be openness, solidarity and striving towards a united Europe. Today, we see a rise in far-right discourses and politics across Europe – not least in the circles of highly educated people. Has the project of European education failed? Or, in less pessimistic words, what needs to be done to save it?

TB: It is evident from the plethora of EU-level documents that education and culture are still framed as central shapers of European identity. European education and research programmes such as Erasmus Mundus, and more recently Erasmus+ and Horizon 2020 have enabled mobility of numerous students within Europe. In an era when humanities and social sciences face the risk of being defunded or are already poorly funded, these programmes do make a difference in fostering scientific cooperation. All of this, however, goes hand in hand with the neoliberalisation of academia – another struggle that defines the contemporary academic scene – and arguably, where European education is failing.

While the founders of the European Cultural Foundation saw education as a tool to promote values such as openness and solidarity, some decades later, the period that preceded the Bologna Process has witnessed the framing of European education purely as a tool to meet the needs of the market. This, then, begs the question: what is there to the European identity other than participation in the single market? Students, just like the ideal neoliberal subject, are imagined as ever mobile and flexible. Universities are increasingly run as businesses and newly appointed staff face precarious working conditions. Depending on short-term, external funding for their income, researchers are forced to cater to the priorities set by funders, which may risk the production of independent knowledge. It would be unfair to conclude that the rising far-right is a symptom of the failure of European education. However, neoliberalisation of academia can be said to weaken its very potential to serve as a base to counter the rise of the far-right, as the very mechanisms it is embedded in function through and reproduce economic and social hierarchies.

SS: Another highly criticised notion of our time is the ‘elite’, said to be constituting a large part of the so-called establishment. How should higher education deal with this term and what it implies – should they reject it completely or reclaim it?

TB: Today, the word ‘elite’ has come to imply that an individual or a group appropriates power disproportionately – and I do not think that there is much to gain from reclaiming it. Instead, it is important to see education as commons, which means enabling active participation of community members in education not only as consumers but also as agenda-setters. Public dissemination of research in a way that facilitates communities’ feedback and engagement, together with participatory research methods also play a significant role in commoning education.

SS: If you could make three wishes for the European education of tomorrow – what would they be?