Idea Camp 2017: Meet the 25 #RDgrantees and their ideas Back 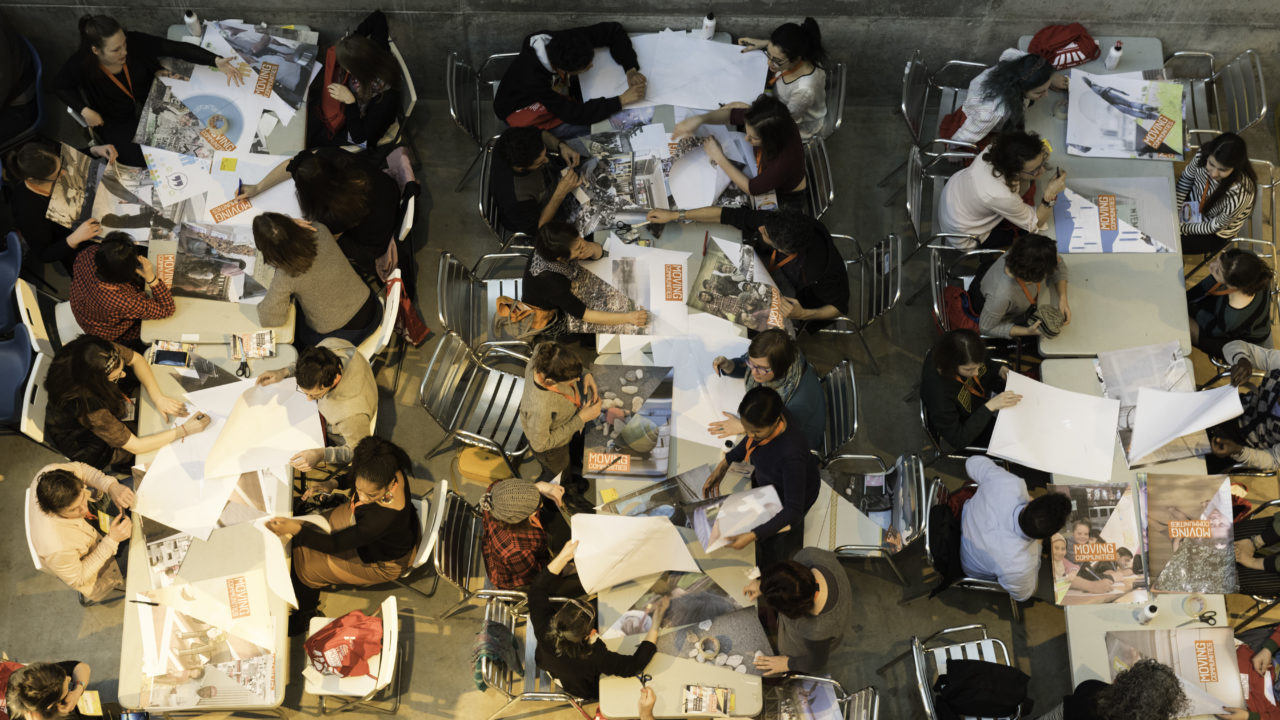 ECF, the Connected Action for the Commons network and the City of Madrid gathered fifty changemakers from wider Europe in Madrid in March. During three days they met one another, they met with peers and they worked on their idea. After the Idea Camp we invited them to develop project proposals on their idea. ECF could grant twenty-five of them with a research and development grant.

We proudly present the 2017 R&D grantees:

Nada Ahmed Mostafa, Adults with Special Needs Café, (Egypt). “Creating a safe and friendly environment for adults with special needs where they can develop culinary skills, to prototype earning money by opening a café in Cairo.”

Paraskevas Legakis, BIRDS project, (Greece). “The Exarcheia district in Athens has a large number of recently hosted immigrants and BIRDS will creatively and publically research the relationships being formed between residents and immigrants that influence daily life.”

Sabine Choucair, Caravan from Lebanon to Europe from the Minority Rights Group International (Lebanon). “The Caravan is a project that places the voices of Syrian refugees at the heart of a street theatre performance, through recorded storytelling audio.”

Alessio Berré, Casa Meteca, (France). “Is creating a community based space in Marseille where tourists and migrants are welcomed by the local community with recreational and cultural activities, to build a safe and creative space for different locals.”

Klea Mërtenika, Code in Rose from the organisation Code in Rose, (Albania). “Code in Rose will create an online community as a bridge between young tech passionate girls and businesses to encourage employment opportunities based in urban and rural Albania.”

Anna Kooi, Commoning the UvA from University of Amsterdam (Netherlands). “Commoning UvA is a group of interdisciplinary students and researchers that are studying how to design a university governance transition with all its stakeholders: the UvA, local residents, the global academic community, the business community and the state.”

Mary Fitzgerald from OpenDemocracy (UK), Confronting the other brings civil society together to facilitate working at changing opinion about marginalized groups in Bosnia and Northern Ireland. They will make a film of these interactions as a prototype to make a further full-length documentary on the subject.

Beatriz Barreiro Carril from ConArte International (Spain) with Mondher Tounsi from Kasserine Catalyst (Tunisia) and Ahleem Nasraoui, President of Young Leaders Entrepreneurs, Cultural Rights are Human Rights: Arts and Education for Inclusion. “Through working with youth communities in Madrid and Kasserine, this project will be a Tunisian-Spanish bridge for counteracting violent extremism and xenophobia by providing the right to take part in cultural life.”

Rúben Teodoro, Habitabis Festival from Colectivo Warehouse (Portugal). “The Habitabis Festival hosts communities and governments to create the opportunity to gain experience on to be involved in their housing process – including new social housing solutions in Lisbon and other European cities.”

Nina Martin, Hack your skillshare from Share on Bazaar (Germany). “(Share on) Bazaar is a digital skill-sharing platform that brings together locals and refugees online, provides face to face knowledge exchange, culture and services to encourage integration.” Nina Martin has also opened a café in Berlin which is run by a local community of locals and refugees to create an offline exchange space.

Afra Dekie, Making visible people without papers from Pigment (Belgium). “Through creative exploration – including participatory process including different visual media such as photography, drawing website and film – this project aims to make people visible who have no papers in Brussels”.

Sara Larsdotter Hallquist, Movements in the space between from the Malmö Community theatre/Theatre InterAkt (Sweden). “This theatre project works with artists who are migrants with no rights to travel to create new inclusive artistic exchanges so their work can be shared, developed and communicated.”

Shareen Elnaschie, Office of Displaced Designers from DRRlab (United Kingdom). “The Office of Displaced Designers is a collaborative skills-sharing and training platform for the co-production of knowledge, predominantly working with refugees and migrants who have a creative background in design or are interested in learning new design-related skills, and is based in Lesvos.”

Adam Carter, Project One, (the Netherlands). “Project One is an online platform that aims to connect people and organisations in the public, private and government sectors with refugees who are looking for information and opportunities.”

Kholoud Al Ajarma, Seeding Hope from Laje’oon Center (Palestinian Territories). “By creating a media-creative skills programme for refugees based in Palestine, this project aims to enhance their political and social participation in Palestine.”

Evanthia Tselika, Shaping Common Paths from Travelling Neighbourhoods (Cyprus), who will carrying out her project with collaborator Niki Sioki. “Shaping common paths is an idea that focuses on initiating a cultural multi-lingual journal that will be co-created and co-produced by non-European community groups of migrants in Nicosia and Athens.”

Joana Dias, Squat a River from Academia Cidadã I Citizenship Academy (Portugal). “Squat a River is an research and development learning tool (a film) that aims to show communities how they can reclaim a river for public use and improve their environment.”

Elena Dragonetti, SUPER, the festival of peripheries from TUMBTUMB (Germany). “SUPER is a slow festival that promotes the act of listening and narrating the Milan peripheries and will be co-designed by its local neighbours using participatory development to enrich the festival.”

Sytze Schalk, The Village from De Werelden van Schalk, (The Netherlands). “The Village will create a social theatre process which aims to encourage a meeting ground between new migrants and inhabitants in an area of Rotterdam, creating young ambassadors from both communities.”

Marta Slawinska, World Recipe Exchange from Ormston House Cultural Resource Centre (Ireland). “Serving up a feast of tastes and experiences with a large sprinkling of solidarity, the “World Recipe Exchange” is an extensive programme of food events creating a platform for cross-cultural dialogue.”