Subscribe to our newsletter
I accept all terms and conditions
There was an error, please try again later
Thank you for subscribing!
Democracy Needs Imagination: Another Europe is possible Back
Support us

In the run-up to the European Parliament election, we ran the first round of our ‘Democracy Needs Imagination’ grants call. ‘Another Europe is possible’, represented by Luke Cooper, answers some questions on what the grant allowed them to do. 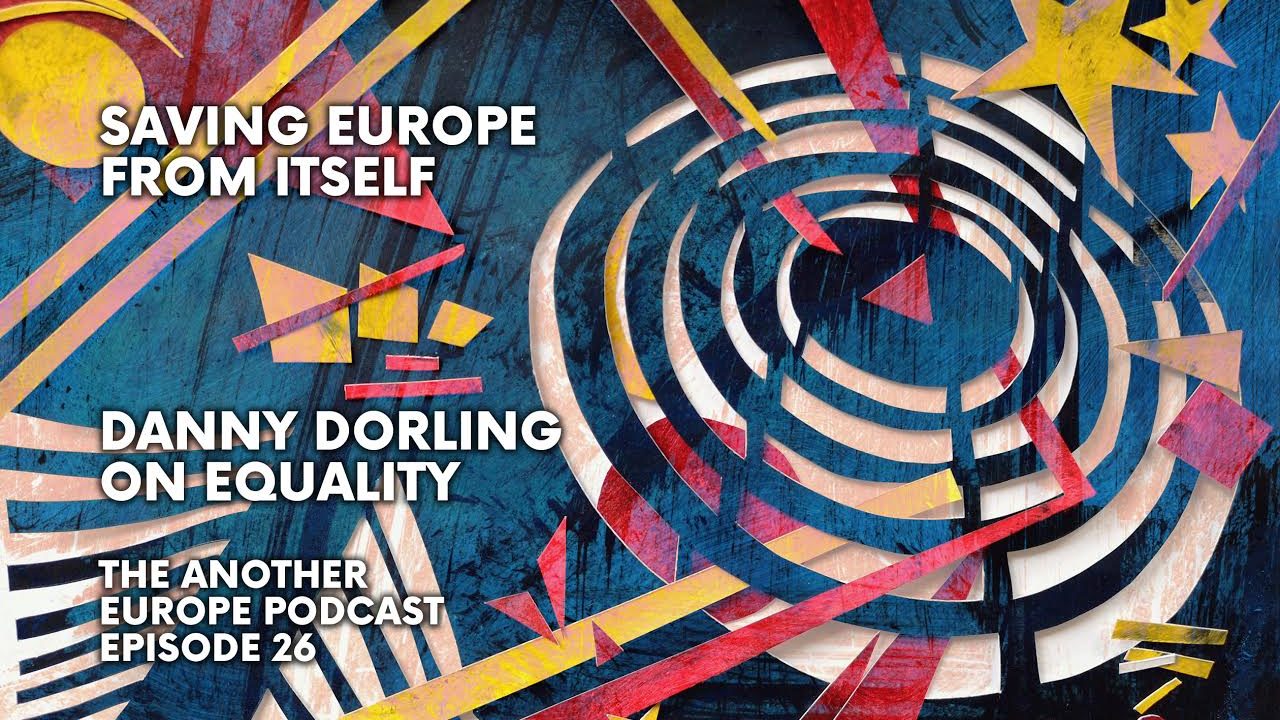 What did you do with the DNI grant?
We have launched a new series of podcasts – Saving Europe From Itself. Each show we take one big idea, from one big thinker, and put it through its paces. We also are working on a six part podcast documentary series and have two live audience events planned in late 2019 and early 2020.

Our podcast is a crucial part of our activity as a civil society movement. We are a growing mass movement in Britain that opposes Brexit and supports a bold, new and radical vision for a reformed Europe. Our podcast forms part of these efforts and allows us to drill down into the ideas we need to win and the dialogues across borders that we must cultivate. Our wider work has included leading demonstrations of hundreds of thousands of people onto the streets in recent weeks against the unconstitutional actions of the British government. As the UK faces its most serious crisis of the post-war period, the situation is very unstable and could go in very positive or negative directions in really quite a short space of time. The activity of civil society groups is essential in this context. We are for protecting democracy. But also for reimagining it in the twenty-first century context.

How do you believe this contributed to a more imaginative and democratic Europe?
Our Saving Europe From Itself series has showcased the ideas of equality and intersectional feminism, cultivating a new vision for Europe which is more equal, more socially just, more intersectional and more at ease with its history. Cultural dialogues and imaginings across civil society can develop new models that anticipate the big political changes we need. We are ‘seeding’ these future transformations through dialogue.

Naturally, the DNI grant was a temporary intervention in continental struggles, how do you judge our common future after the EP elections?
Europe is experiencing an intense process of political polarisation. Through Another Europe’s research and events platform based at the LSE, Europe for the Many, we have analysed these changes in a report called, The Dawn of a Europe of Many Visions.

The EP elections brought into focus the clear conflict that now exists across Europe between those who support the return to a Europe of (increasingly authoritarian) nation-states and those wanting a better, greener, more socially just continent based on equality and the rule of law.

In the end we are convinced that history will favour those – like us and the European Cultural Foundation – that have a positive, emancipatory vision. But there will be a rough ride ahead and further steps towards a disintegrating Europe – like we have seen so acutely with the Brexit process – can hardly be ruled out.

In your case, you are involved in various British debates; can you explain us what you do?
Another Europe is a civil society campaigning platform. We see this work as a form of cultural production. It generates new ideas and visions within the public sphere that can be incubated and then diffused into the political realm.

The UK Brexit debate has intensely politicised society creating two new political ‘tribes’. Another Europe occupies a unique position within the family of Remain organisations as a campaign that brings together greens, socialists and progressives around both opposition to Brexit and a rejection of the current status quo in Europe. This allows us to speak to Leave voters in a way that other campaigns are unable to.

Our work exists at the interface between politics and social movements. Some people in the UK have used the term ’45 degree politics’ to describe this – i.e. its neither entirely horizontal/movement based nor is it top down and centralised. We have a large bloc of supporters in the Labour and Green parties, both amongst their memberships and politicians, and link this relationship to official politics with grassroots activity across the UK.

Our podcast is a vital means of dissemination of ideas and visions to our supporters and the wider public sphere. The support provided by the ECF has been invaluable in developing the quality of our podcast output and reaching more and more listeners. It has funded the ‘big vision’ podcasts. We have also forensically followed political developments in the Brexit crisis, offering strategic thinking and reflection on the next steps for liberals, greens and socialists.

Do you see the future of the European Union with England, or Great Britain in it?
It does seem unlikely that the union between England and Wales, on the one hand, and Scotland, on the other, will struggle to survive Brexit – whatever happens. The two polities are very far apart on the Brexit question with Scotland strongly favouring EU membership by a large majority and England much more divided. Brexit has been strongly associated with English nationalism. Sentiments like, ‘Let Scotland and Wales join Europe if they want, we’re English and we want out’ are common amongst Leave voters. A rather extraordinary illustration of this rise of English nationalism has been the transformation of the British Conservative Party into an increasingly English nationalist force. Although its full name is the Conservative and Unionist Party, a majority of its members consider the end of the union to be a price worth paying for delivering Brexit. This is even before you get to the union between Northern Ireland and Great Britain, of course. Our most popular podcast ever actually addressed these questions of constitutionality and identity.