Subscribe to our newsletter
I accept all terms and conditions
There was an error, please try again later
Thank you for subscribing!
City of Women: 2019 Princess Margriet Award acceptance speech Back
Support us

Good evening and thank you for this beautiful Award.

At this very moment at our 25th festival in Ljubljana, we are opening an exhibition, where a group of people that we normally wouldn’t see at art openings, is present. I want to share with you a very short video preview of a new work presented in their company tonight.

Aliens Act.
In the video Aliens Act six people share their stories of Erasure. In 1991 when Slovenia seceded from Yugoslavia, the Aliens Act created a legal void that was used in 1992 by the Ministry of Interior to erase 25 671 people, including children, from the register of permanent residents. The Erased had their existing rights arbitrarily withdrawn and were made illegal within their own homes. They lost the right to work and went without health insurance. Many were deported or forced to leave Slovenia. Despite being isolated from one another, The Erased managed to organize politically in 2002. They won their cases at the Constitutional Court of the Republic of Slovenia, which ruled that the act of erasure was unconstitutional and their rights should be restored (1999 and 2003), and at the European Court for Human Rights (2012). The damage that the Erased and their families suffered still affects them and their legal and other struggles continue.

At a three weeks residency at City of Women, Polish artist Alicja Rogalska, selected by a Danish and a British curator (osborn&møller), invited a group of Slovene Erased to join the creation process to research together on how to represent an identity – or better say, a life? – that was taken away. 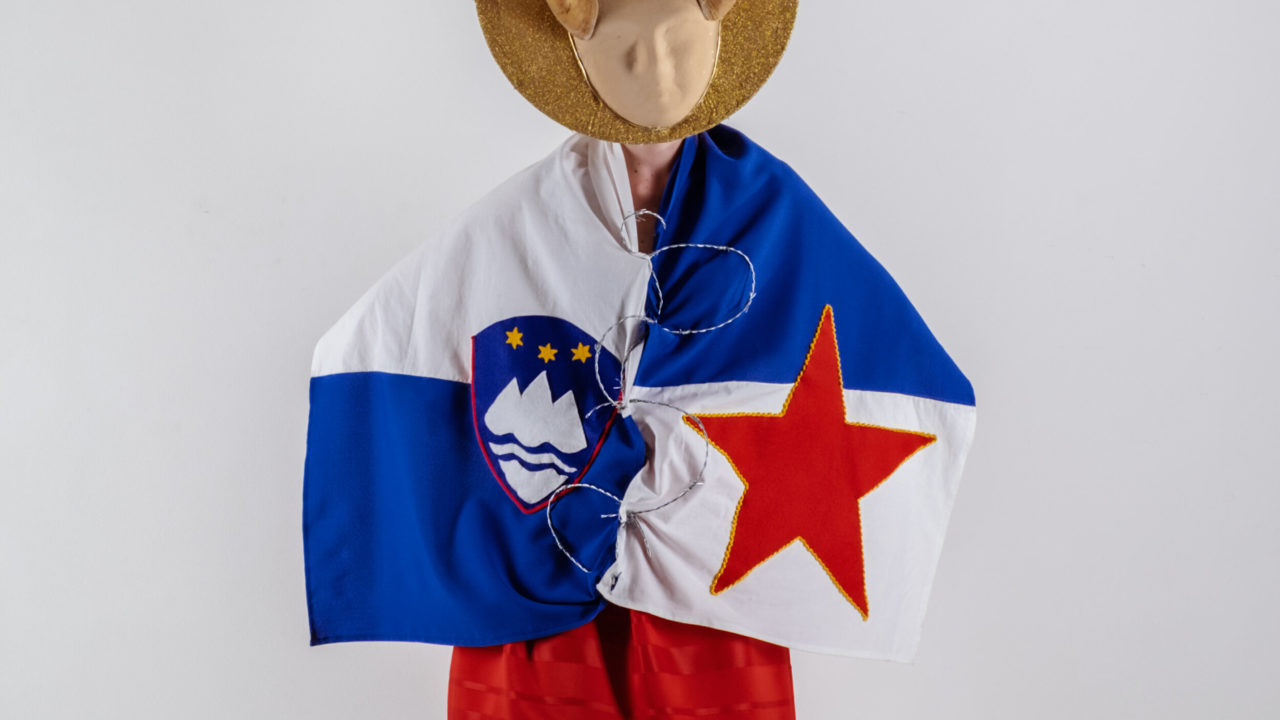 They’ve created these powerful costumes and I am on a mission to take those beautiful portraits back to where they belong – to the Slovene and European Parliament. Because, and let it be crystal clear to all of us, this is not about a past, it is about a future. Because, at this very moment, thousands of people live in illegality throughout Europe, are being displaced, thousands lie dead in our sees, are beaten on our borders, are raped in our camps.