Subscribe to our newsletter
I accept all terms and conditions
There was an error, please try again later
Thank you for subscribing!
We are 65! Stories of Europe, a book about us and the world Back
Support us 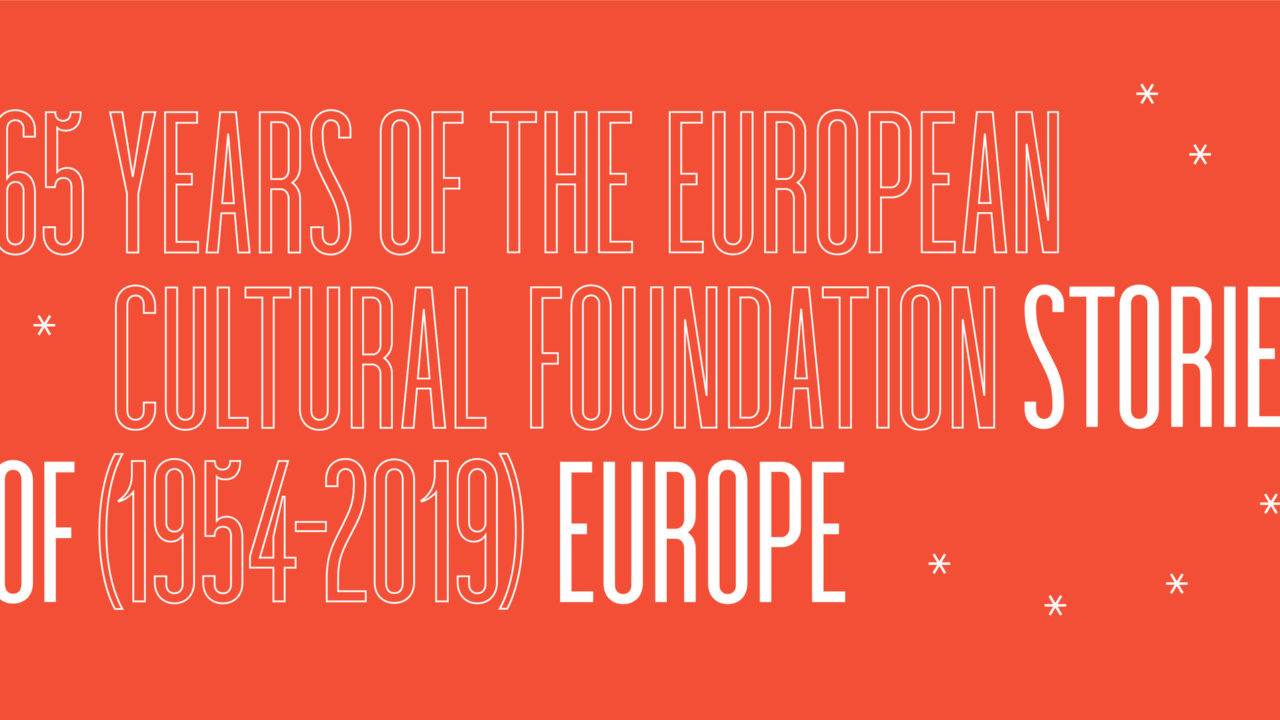 These events have marked the history of Europe and the world, shaping its grand narrative. There are far more stories to be told, though, and these stories unfold in the anecdotal, the fleeting, the places, texts and artefacts that are often overlooked: in the chipped off pieces of the Berlin Wall, collected by the so-called Mauerspechte in the days and nights following 9 November 1989. In the determined speech of Simone Veil, a survivor of the horrors of Auschwitz-Birkenau, on the day she was elected as the first-ever President of the European Parliament in 1979. In the 4/4 time signature of Frank Sinatra’s Fly Me To The Moon, the first song ever to be played on the moon, while the Apollo 11 astronauts took their first steps on the cratered landscape.

Similarly, we could be telling the story of the European Cultural Foundation as a post-war cultural project, founded in 1954, amidst the optimistic sprouting of pan-European ideas and institutions; we could tell you about the vision of its founding fathers, of a united Europe where citizens feel proudly European – a place where they can live, express themselves, work and dream freely, in diversity and harmony. And we will. But we believe that the ways in which the Foundation has both adapted to and steered the narrative of Europe are to be found in a wide range of tones, voices and serendipitous moments, all excavated from its extensive archive. In this publication, we will navigate the history of the European Cultural Foundation in a variegated and multi-tonal way – looking for hidden and oblique links across time and political moments, finding the unexpected lines of thought that contributed to the full history of the European Cultural Foundation.

In our book, we have curated a selection of archive material that is featured alongside essays and reflection pieces written by some of the people who have helped to shape the Foundation’s work, including Timothy Garton Ash, Simon Mundy and Alan Smith, as well as others we have supported through our programmes, such as Merve Bedir and Ramsés Morales Izquierdo. We also hear from some of our colleagues at the European Cultural Foundation, as well as from some compelling contemporary European voices, among them Eleanor Penny and Giuseppe Porcaro, with their respective strong takes on Europe and the climate crisis, and a futurologist take on the ‘Death of Dystopia’. Last but not least, we have the former directors of the European Cultural Foundation Raymond Georis, Rüdiger Stephan, Gottfried Wagner and Katherine Watson reflect back on their time in office, and whose insights have made our archival research a whole lot easier.

We wish you as much fun and insights in reading the book as we had in making it.