Subscribe to our newsletter
I accept all terms and conditions
There was an error, please try again later
Thank you for subscribing!
The Forbidden Tempietto – a pavilion by Tymon Hogenelst & Jesse van der Ploeg Back
Support us

In the garden of Istituto Svizzero in Rome, 𝗧𝘆𝗺𝗼𝗻 𝗛𝗼𝗴𝗲𝗻𝗲𝗹𝘀𝘁 & 𝗝𝗲𝘀𝘀𝗲 𝘃𝗮𝗻 𝗱𝗲𝗿 𝗣𝗹𝗼𝗲𝗴 (co-founders of the Amsterdam-based architectural practice Studio Wild) are presenting The Forbidden Tempietto: a pavilion consisting of three wooden frames covered with paper sheets made from a selection of plants listed by the European Union as invasive.

The Tempietto is part of a project initiated in 2020, which initially took the form of a garden of ‘invasive alien plant species’ presented as part of the Dutch programme of the 17th Venice Architecture Biennale. The garden, entitled Forbidden Garden of Europe, included plants from the 35 species that a 2016 European legislative act listed as posing a threat to native European species due to their ethnic and biological characteristics, and therefore to be eradicated and banned on European soil.

Using plants as metaphor, Tymon Hogenelst & Jesse van der Ploeg aim to create a parallel between the fate of these species and the fate of many of our neighbours who struggle to find common ground in Europe just because they are different.

Conceived as a chapel or mausoleum, The Forbidden Tempietto is thus a tribute to those who cannot find common ground in Europe, even after living here for generations. A tribute to our families, who still live in other parts of the world, yet are obstructed to reconcile with us, and to those who were misfortunate, and not able to complete their journey to our European shores. 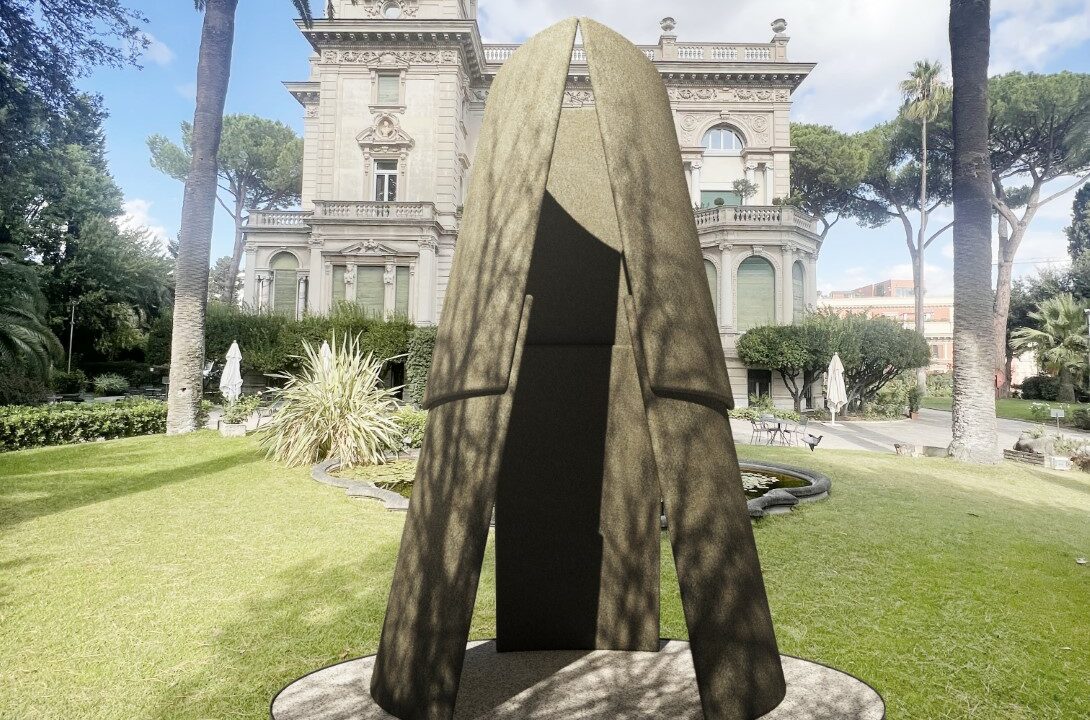 Studio Wild was founded in 2018 by two young Dutch designers, Tymon Hogenelst and Jesse van der Ploeg. They develop provocative designs to exceed the current boundaries of architecture. In their work, they operate on the border, in areas of tension between politics, architecture and nature, embracing complexity by working in a variety of disciplines, with a focus on the relationship between landscape and architecture.

Read more about Studio Wold’s project, Forbidden Garden of Europe, which was supported by the European Cultural Foundation through its Culture of Solidarity Fund.

Listen to the audio interviews

The Forbidden Tempietto was commissioned as part of The European Pavilion in Rome, a three-day artistic programme bringing together artists, thinkers and researchers from across the continent and offering panel discussions, talks and workshops, music performances, a virtual reality environment, as well as sculptural and multimedia installations.

Check out the full programme