Subscribe to our newsletter
I accept all terms and conditions
There was an error, please try again later
Thank you for subscribing!
The far-right and other speculative fictions for Europe Back
Support us

The far-right and other speculative fictions for Europe 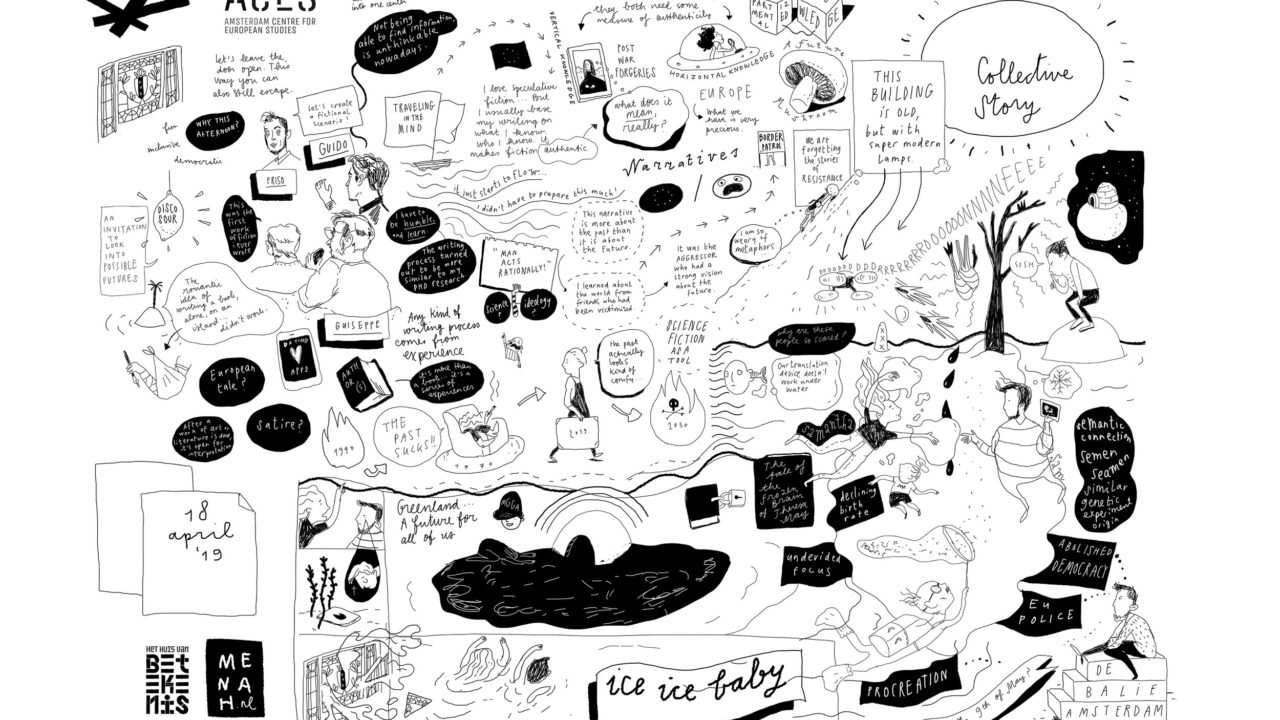 In the run up to #EP2019 elections the European Cultural Foundation and the University of Amsterdam Centre for European Studies organised two events on political imagination.

The first event focused on the spaces and narratives of the far-right in Europe. In a panel discussion, the speakers [Andrea Mammone, Linda Bos and Marc Tuters] considered contemporary as well as historical transnational connections between some of the key actors on the European far-right and ‘identitarian’ scene, addressing their strategies for claiming space on social media and in the popular imaginary. The discussion is filmed so you can watch it wherever you are.

The second event centred around a speculative fiction workshop on the futures of Europe and the European Union by Giuseppe Porcaro – whose novel Disco Sour has been awarded the second Altiero Spinelli Prize. Porcaro also launched Europarama – a podcast series about science fiction and the future of Europe.

Illustrator Menah Wellens captured the conversation between author Guido Snel and Giuseppe Porcaro and the ensuing development of the narrative. Find the timelapse on our youtube channel.