The Europeans: The Naval Base Back

The Europeans: The Naval Base

We have written about the great photography project ‘The Europeans’ before. A small recap? “The Europeans is a portrait of modern Europe. Traveling from region to region and from theme to theme in this multi-year project, photographer Rob Hornstra and writer and filmmaker Arnold van Bruggen will create a 21st century time piece on the European Heartland. Hornstra and van Bruggen see Europe on the eve of drastic change. Populism and authoritarianism are on the rise, ghosts from the past seem to return. The photographer Henri Cartier Bresson published his book Les Européens in 1955. He looked beyond nationalism or local customs in the individual countries. He sought evidence for a greater identity, a European parable shared by the people and the landscape. More than sixty years later, Hornstra and van Bruggen share this ambition. It’s time to come up with a new version of The Europeans.”

Their Europeans is the start of an open search for contemporary Europe and the contemporary European. In the coming years the makers will visit countless seemingly insigni­ficant places and surrounding regions. Places that rarely make the news. In every region they will collaborate with local partners in the media and cultural world and conclude with a local exhibition including the launch of a separate publication. All these regions and publications combined  will in the long run be the inspiration for their final book and exhibition cycle — a time piece of Europe in the 21st century.

As with almost all of European public life, the Europeans came to a halt in 2020. Many plans for travels and local exhibitions were postponed. But Hornstra and van Bruggen were able to work on one of their chapters, capturing yet another archetypical city: The Naval Base. 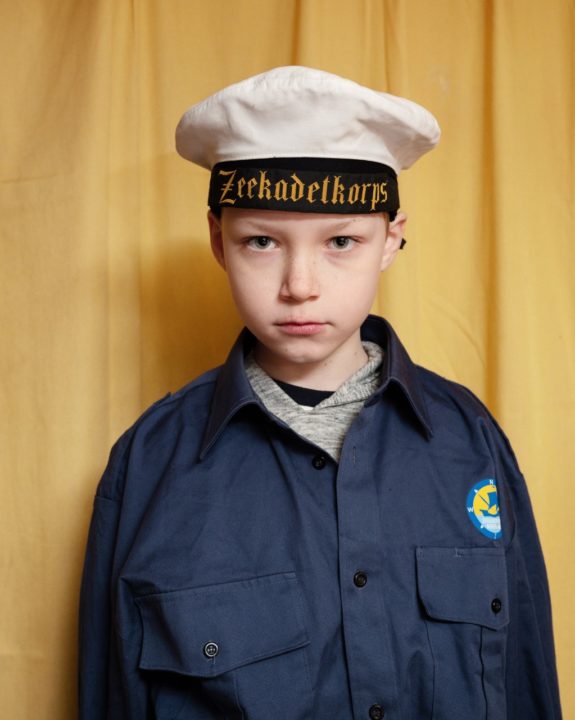 “Some people call the naval base the end of the world. They’re wrong. This is where Europe starts. This is where the railway track and roads begin. We never want to leave.” Chair of Carnival Association “Krabbetukkers”

With kind permission of the makers we share with you the first chapter from their upcoming publication:

Welcome to the naval base.
The city is surrounded on three sides by the sea. To the west, waves crash against a dyke so high it obscures any view of the water. To the east rise the towering hulls and cranes of hard-working offshore vessels. Flanking them is a grey wall of navy warships, amphibious transport docks and other smaller vessels. This city was built for the navy. When the navy grew, the city prospered; when the defence budget was cut, the city languished.

This is a city of bunkers and fortresses, which pop up in the most unexpected places. The city had to be defended at all costs, on land and at sea. Everyone who lived here worked for the navy, for the large naval dockyard or the businesses that sprung up around them: pubs served the sailors and dockworkers; butchers made sausages for the sailors and dockworkers. Military police patrolled the streets, checking to see that everyone was behaving and saluting their superiors correctly. That’s all gone now. The navy has retreated to the new port, just outside the city centre. The shops have closed down, and the residents are looking for a new future for their city, one that is less dependent on the vagaries of the government’s defence policy.

Today, the city is a metropolis disguised as a village, but a village with metropolitan problems: poverty, unemployment, social services. Now the city is embarking on a new adventure, as a green port for wind farms and the off-shore industry of the future. And as a new tourist destination offering a rich maritime history and wide, empty beaches. A city that was so heavily bombed during the war is.a city that can still be remade. Will it succeed? Outsiders are sceptical. It is starting from behind after all. But in the capital, an hour away by train, house prices are skyrocketing and the population is exploding. Who’s to say that this city might not one day also have its moment? Many residents are ready for it. They have watched their city’s decline with a heavy heart. Everyone who lives here loves the city. No one wants to leave. Those who learn to appreciate the sea breeze stay forever, in good times and in bad. 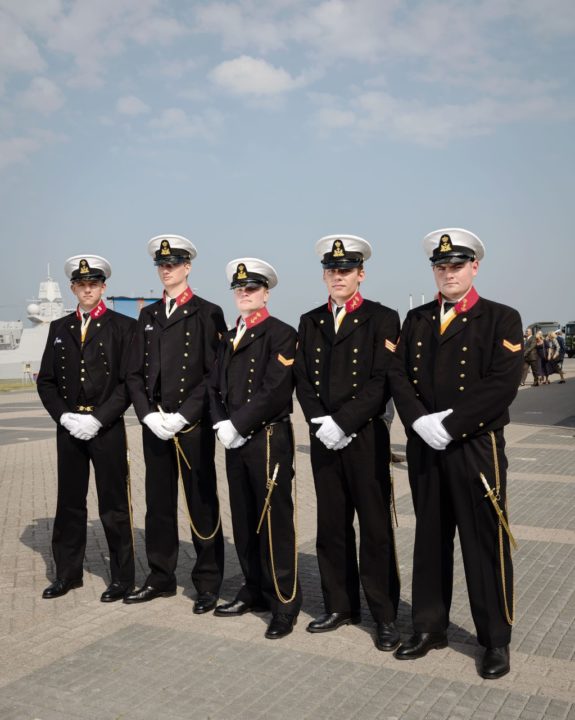 The Naval Base will be exhibited at three instances:

The Europeans: Exhibition not cancelled

Parliaments of the European Union