The European Commission launches the Cultural and Creative Cities Monitor 2019 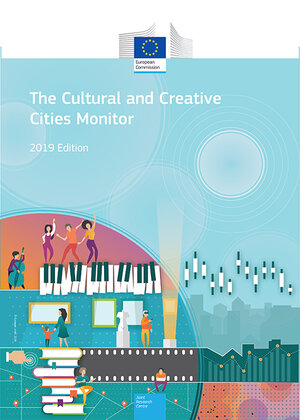 The European Commission released the second edition (2019) of its Cultural and Creative Cities Monitor that provides evidence of the value of cultural investment and illuminates the importance of culture and creativity for cities increasingly competing on a global scale. It is designed to help cities identify their strengths and opportunities, benchmark their performance, and push for policies that boost their cultural, creative and innovation potential.

After a first successful edition in 2017 – to which ECF contributed by being actively involved in the development and validation process – the 2019 release presents an updated portrait of the cultural and creative resources in an enriched sample of 190 cities in 30 European countries (the EU-28 plus Norway and Switzerland). They were selected on the basis of their demonstrable engagement in the promotion of culture and creativity. The Cultural and Creative Cities Monitor provides a wealth of comparable data and a common method for cities to assess the potential of culture and creativity, monitor results and share good practices.

The Cultural and Creative Monitor and its fully revamped data visualization tool have inspired local governments across Europe and been used to tailor their policies and investment in culture and creative spaces.

Key findings of the 2019 report include:

• Leading cultural and creative cities: compared to other cities with a similar population, Paris, Copenhagen, Florence and Lund perform better than their counter-parts;

• Culture, creativity and prosperity: better performance on culture and creativity is linked to higher income per capita.

• Growth drivers: cities in more-developed regions are the highest fliers although creative jobs grow just as quickly in less-developed areas.

• Macro-regional performance: on average, cities in northern Europe lead on the C3 Index while those in southern and western Europe are equally as good on the number of cultural venues and tourists attracted.

• Fairness of cultural participation opportunities: Europe’s cultural venues can generally be reached within a 30-minute walk and are very much accessible by public transport.

Interested in the topic? Find out more about ‘Cultural and Creative Spaces and Cities’ – a project of a consortium of ten non-profit and public organisations led by Trans Europe Halles, the European network of non-governmental cultural centres: https://www.spacesandcities.com/