Subscribe to our newsletter
I accept all terms and conditions
There was an error, please try again later
Thank you for subscribing!
Medialab Prado hosting #RDgrantee of Idea Camp 2017 Back
Support us 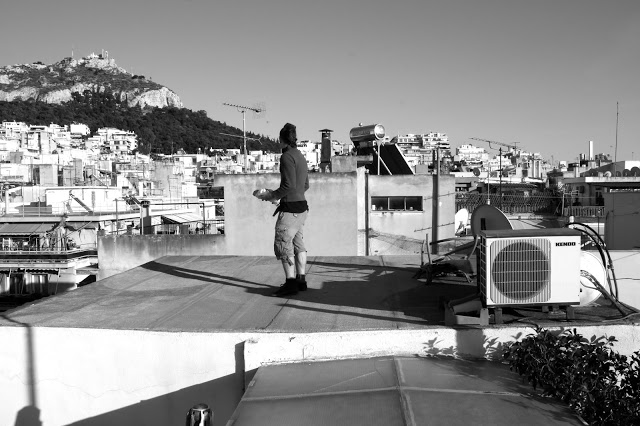 In our series of interviews with ECF R&D grantees we talk with Paris Legakis. Paris Legakis is a multidisciplinary artist, activist and theorist, born in 1981, Athens. He joined the Idea Camp ‘Moving Communities’ with his idea ‘Birds’ and will start a residency at 2016 PMA Laureate Medialab Prado later this month. Central in his project is the Athens Exarchia neighbourhood, where many immigrants and older residents are called to live together. Paris once introduced the question behind his idea as follows; ‘Could a meaningful symbiosis, in which a sense of reliability and safety grows, come into being?’ ‘Birds’ wants to research this potential and realise it via collaborative processes and artistic experiments. “The correlation between birds’ flight and people’s imaginations is the guiding line for the project, which uses rooftops as spaces where birds are observed and people can meet and act.” The rooftops thereby transform into public spaces.

This idea fitted the Idea Camp intention ‘about communities on the move, communities in flux and also the power of people to “move” their communities through their progressive and creative ideas.’ Now, half a year later, where does Paris stand?

Paris, in your own words, what is your idea about?

“Birds project is an artistic initiative that wants to mobilize the residents of Exarchia neighborhood to use the rooftops of buildings as spaces of creative expression. The project starts with a research in the streets of the neighborhood in order to better understand its character, the memories that people carry and their desires for the future, as well as the difficulties that people face at stake. Through this process we hope to structure a plan for what could possibly be realized temporarily or permanently on the rooftops and fill these rooftops with the dreams of the residents for their neighborhood. We, the research team, understand the rooftops as “spaces” and not as “places” (topos), which means that rooftops lack the sense of intimacy. Thus, our intention is to transform the “rooftop” into “roof-topos”. We envision this to happen through scattered individual and group initiatives that will lead in a synchronized collective experience taking place on several rooftops.”

How did your participation in the Idea Camp help you transform your idea into an effective project?

“Idea Camp was very important for me for several reasons. Initially, it gave me the chance to interact with international applicants and share ideas, and it helped me to discuss my concept with experts and structure a plan. During the process, I have to deal with the budget that it offered me, which brought me to face several dilemmas. In addition, I felt that Idea Camp gave me flexibility within its timeframe. All these resulted in taking decisions and trusting myself and my idea. It could have never happened otherwise. For me, Idea Camp is about bringing dreams into reality, grounding them at a here and now and taking responsibility for action.”

What difficulties do you face in implementing your project? What do you see as the main obstacles?

“This question leads me to unravel a bit of the process that I have followed until now. The project began with the idea of wanting to mobilize a neighborhood, which means that plurality as well as quantity was important. In order for this to occur in the best way possible a strong team is needed that will work towards the project’s goals. It is at this point where “quality” appears in its’ importance -although its’ understanding is very subjective- in the sense of the quality of the team that was brought together: when you belong to a team where you feel that it is OK to make mistakes it becomes a team that you can trust. It is a matter of tolerance and of acceptance, something that we all learn in this process.

In addition to all this, I and We have to deal with the issue of “authorship”. How much space can I, as the initiator and organizer, leave to the people of the team to bring their own ideas and how much the team members can give to the initial idea that they don’t “own” from its very beginning? What are the negotiations within this frame and how much can each one embrace the other? If I have a title as organizer, which title bears each member? I think that the concept of “benevolent dictator” of peer governance gave us an answer to these concerns. This is a very interesting perspective of Birds project, meaning, that it brings in an artistic context and in a practical level theory of commons. Nevertheless, what all this reveal, and despite the outcome of the project, is that surely the people involved in the process will have obtained a fruitful experience that will help each one separately in shaping their identity. By cultivating one’s own personality as an individual learns how to relate in the world. It is important, therefore, to share the names of the people that are working with me currently: Pandora Giamalidou, Stella Dimitrakopoulou, Eleni Mastrogeorgopoulou, Maria Menti Mermigi, Aimilia Mylona, Stavroula Sotiriou, Alekos Pantazis, Dafni Sofianopoulou, Eva Tsagaraki.” 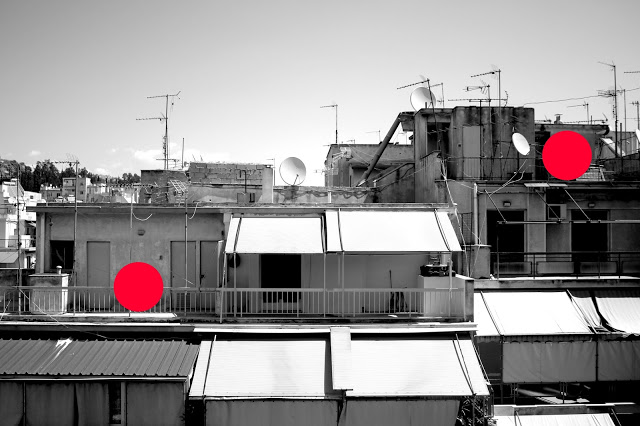 How do you think your upcoming residency will be helpful in overcoming those difficulties? What else do you expect from your residency?

“I will talk with initiatives and people from the neighbourhood of Lavapies in order to juxtapose opinions concerning “spaces of commoning” that initiatives from both cities, Athens and Madrid, have. I will be glad to share my concerns and discuss them with the local community, with non-experts and experts in order to see what are the differences and similarities that the two neighbourhoods share..”

After the residency, how do you see the further development of your idea in the future?

“I would like to continue the project by starting a crowdfunding, but this will be shown by the development of the project.”

You can follow Paris’ residency at Medialab Prado via their site, and when his crowdfunding campaign will launch, we will communicate about it too.

Meet the 25 R&D Grantees and their ideas