Subscribe to our newsletter
I accept all terms and conditions
There was an error, please try again later
Thank you for subscribing!
Europe Talks, 2021 Back
Support us

A new round of Europe Talks are starting!

The campaign – an initiative by Zeit Online – invites people from all over Europe to engage in cross-border debates on political topics. All participants will be matched with a conversation partner from another European country who holds different political views. Their one-to-one conversations, conducted in English, take place mainly via video call. We are supporting Europe Talks for our third consecutive year as we believe that a European public space is important for the future of our continent. We believe conversations between Europeans from all across our continent help shaping this public space and contribute to sharing European views, rather than looking at Europe via national lenses. 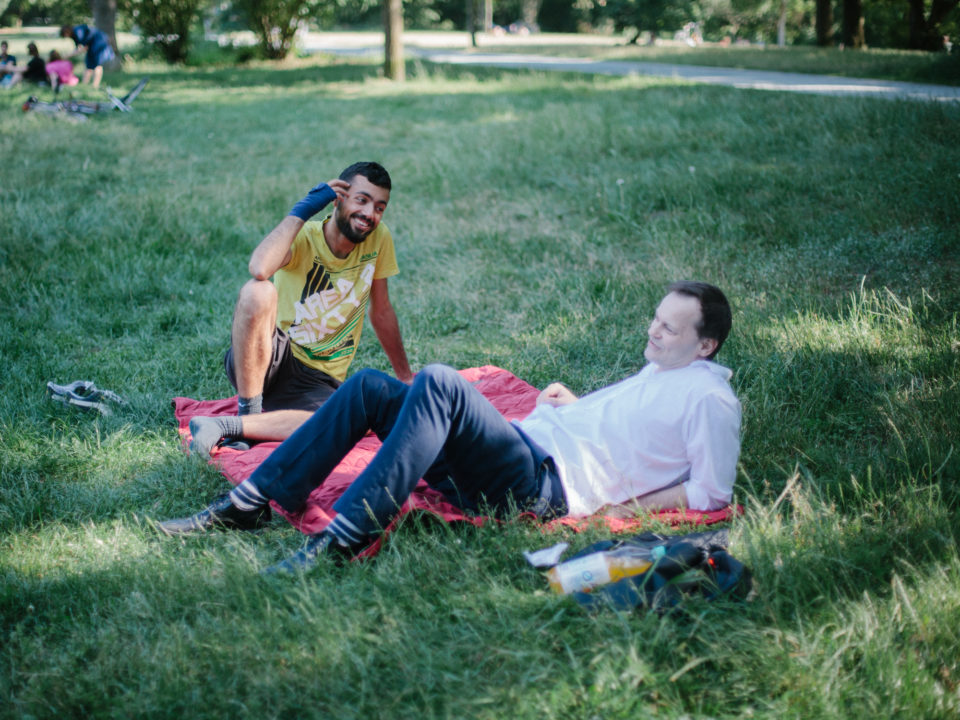 After earlier editions in 2019 and 2020 this year’s edition knows a slightly different outlook. Whereas before participants would be discussing a series of topics with one conversation partner, this year the media-partners allow for participants to be matched with a new partner every week to discuss another subject. Until December, participants will have the opportunity to receive new matches and thus engage in several conversations. Among the topics are questions as: Should the coronavirus vaccination be mandatory in the European Union? Should domestic flights be banned in all European countries? Has the EU improved the life of its citizens?

On December 12, “Europe Talks” will end with a digital closing event.

Europe Talks would not exist without the participation of European media networks inviting their readers to join Europe Talks. This year the project is carried out with: VoxEurop, and the national Beta News Agency from Serbia, BTV from Bulgaria, Daily Mirror from Great Britain, Der Standard from Austria, Efimerida Ton Syntakton from Greece, El Confidencial from Spain, Gazeta Wyborcza from Poland, Hromadske.ua from Ukraine, La Repubblica from Italy, Les Surligneurs from France, LRT from Lithuania, N1 from Serbia, Newtral from Spain, Telex from Hungary, Times of Malta from Malta. France Medias Monde from France, Deutsche Welle from Germany, Onet from Poland, RTP from Portugal, RFI from Romania are participating as part of the European ENTR project.

Who is we? Or: The revolution of fraternity. An exchange with Bas Mesters.

What Europe can learn from Eurovision

Initiative for a European Public Space