ECF statement on the verdict against Osman Kavala Back

ECF statement on the verdict against Osman Kavala 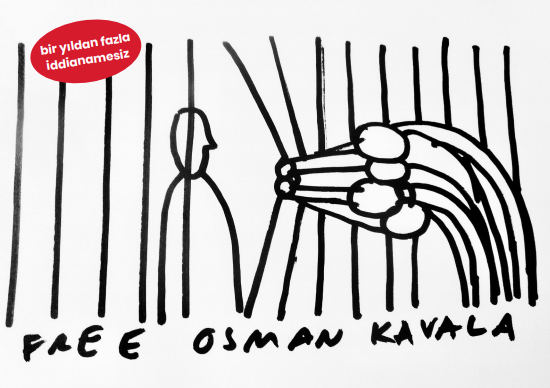 The European Cultural Foundation, together with the German-Turkish Youth Bridge, the Goethe-Institut, the Heinrich Böll Foundation, and Stiftung Mercator, are shocked and sharply criticise the brutal verdict against Osman Kavala announced on 25 April by a Turkish court. The Turkish promoter of art, culture and open society has been in custody since 2017 under changing, unfounded accusations and was yesterday sentenced to life imprisonment under especially hard conditions in defiance to a ruling of the European Court of Human Rights (ECtHR).

For many years, we have been working Europe wide with civil society organisations that promote intercultural dialogue and understanding, such as the Anadolu Kültür Foundation, founded by Osman Kavala. Thanks to Kavala’s tireless commitment, strong cultural bridges have been built between Turkey and the EU. Unfortunately, these bridges are in danger of being torn down by the court’s decision. We will not let this happen.

Read a statement on the conviction of Osman Kavala [in German]