Subscribe to our newsletter
I accept all terms and conditions
There was an error, please try again later
Thank you for subscribing!
Democracy Needs Imagination: Gaming, going viral, and girl power! Back
Support us

This week, we dive into the world of new voters – young people who can cast their vote for the very first time, or new to the ballot box because they never ever got the chance to vote until now. From viral online campaigns to interactive games and female empowerment, we introduce to you a few of the projects selected for our Action Grants. 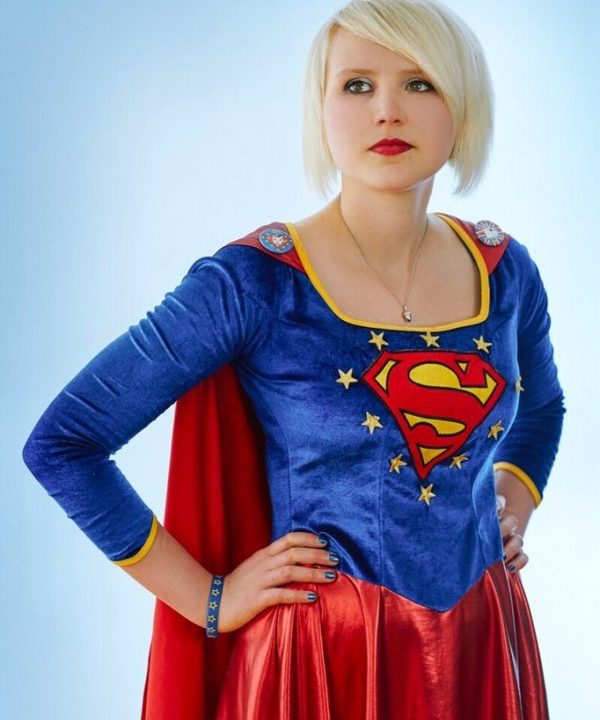 Wow, what an overwhelming number of proposals we have received in a matter of weeks! Actions that address the negative discourse in and on Europe in provocative and imaginative ways. Here, you see some of the granted actions to our call Democracy Needs Imagination. Check out creative and challenging projects that can breathe life into Europe and democracy!

How can potential voters be mobilized in a fun and unconventional way? Two of our latest projects are exploring the realm of education through unconventional and experimental learning.

The Hellenic Youth Participation is organizing a Live Action Role Playing (LARP) game in Athens to create an alternative universe where a country for superheroes is a member of a construct similar to the EU. With 30 participants, they will act out scenarios around problems their “country” is facing. From politicians to regional government members and ordinary citizens, they recreate a fictitious EU Parliament Election: from democratic processes of voting for representatives to monitoring them and acting according to their views and norms. The whole game will unfold over a 3 month period with several organizations involved and reaching out nation-wide.

Another project that experiments with the model of a game is EscapeFake. The company behind the project creates award-winning digital gaming products, apps and events, that stimulate youngsters to think critically. Using the popular Escape Room scenario, they are creating a live interactive game for teenagers on the streets of Salzbug, Austria, to explore what fake news are and how it spreads online. On 9 May, Europe Day, more than 600 young people will come together to play a game that encourages them to think critically about media, fake news, democracy, European institutions and their own values. Not only does the event trigger them to explore these topics, it also shows them that sometimes it’s best to think twice when using social media.

“They say young people aren’t involved. That we don’t care about our future. That we don’t vote. Except we do care. About climate change. About migration. About an inclusive society. These are the issues of the future, that we — the young generation — need to speak up about. Issues to be decided at a European level. We’re the ones that will have to live with the decisions being made today. And so we need to make sure that we help decide. The easiest way to do that is by voting.” — from Are We Europe's campaign #ProveThemWrong

Something we can definitely consider fake news: “Young people don’t vote”. That’s why Are We Europe has set up their campaign #ProveThemWrong.

In the Netherlands, the #ProveThemWrong campaign is powerfully using the influence of social media to reach out to a young audience of first-time voters. They have more than 30 partners organizations in the country who share their goal: Increase young voter turnout. Now they are going Europe-wide: By establishing a pan-European network, #ProveThemWrong will reach out to European youngsters through social media, campaign trainings, and dedicated events.

And you jan join! By becoming a partner, by volunteering, or simply dy donating. Check the campaign website to become involved and show that you care about the future of Europe.

Girl Power: Vote and nothing can stop you!

Voting means power. But although women make up 50% of the population of the Czech Republic, only about 20% use their power to vote. Forum 50% is going to change that! The are a think tank and watch-dog who want to make sure that women and men participate equally in political decision-making. They motivate Czech women to become politically active, and support female politicians and women in leading positions. And they want to make it happen and increase female voter turnout for the 2019 EP Elections to a whooping 50% with their campaign including debates, providing information on the elections and Czech MEPs, staging live flash mobs in Czech cities, and an online campaign.

Madeleina Kay is also a woman on a mission: She is touring Europe as #EUSupergirl to encourage people to vote pro-European. Performing on the streets of various cities and even in the parliaments, she spreads her campaign #TheFutureIsEurope.

The political activist, musician and social media influencer rose to fame with her creative campaigning to stop Brexit, for which she was awarded the ‘Young European of the Year 2018’ by the European Parliament. During her trip to Brussels Madeleina was famously thrown out of a post-Brexit negotiations press conference with David Davis and Michel Barnier in the Berlaymont building. This became the headline news story, numerous articles were published and Madeleina was interviewed on the BBC Daily politics show the following day.

But she is not stopped that easily. Lots of international press coverage and awards later, she is continuing her mission to spread the love for Europe. For her latest adventure, she is touring 27 countries as #EUsupergirl, visiting the capital of every member state of the EU, performing at events and generating media attention to the elections and the choice to vote pro-European. Are you joining?

“My message for the youth of Europe is clear: ‘If you cannot be bothered to stand up for Europe, then you are handing power over to the populists. Brexit is a disaster and if you want to prevent its occurrence in your own country, then you need to vote for the future of Europe.” — Madeleina Kay, the #EUSupergirl