Subscribe to our newsletter
I accept all terms and conditions
There was an error, please try again later
Thank you for subscribing!
Democracy Needs Imagination: Europe Talks Back
Support us 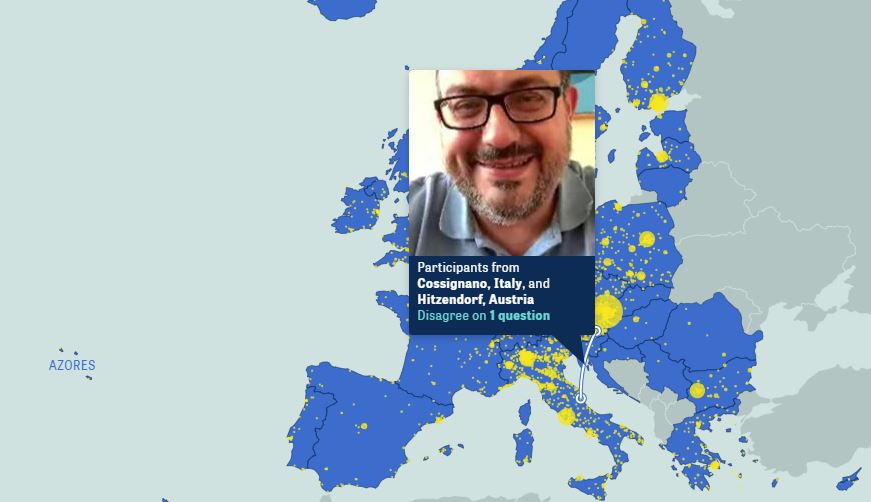 On the morning of May 11 2019 tens of journalists, policy makers and philanthropists gathered in the bar in BOZAR. They were welcomed by the team of Zeit Online responsible for the project Europe Talks. They, too, were a bit nervous. After all, this would the day of truth.

For weeks, fifteen international media-partners who were partners in the project had been posting seven questions to their readers, at the bottom of some of their articles on Europe. The questions were: Would you exchange your national passport for a European one? Does the EU improve the lives of its citizens? Should all European countries have strict national border controls? Are there too many immigrants in Europe? Should Europe have closer ties to Russia? Should richer European countries support poorer ones? Should European countries increase taxes on gas to save the climate? Readers were invited to register before answering the questions. They could also sign up for the true purpose of the project: to be partnered up with somebody from a neighbouring country holding political views as divergent from each other as possible.

More than 16.000 Europeans did. And all of them were invited to meet up in pairs – either via video chat or in person – to talk and to listen. Some 500 registered to meet up their partner in BOZAR this afternoon. But in the morning nobody knew if they would really be arriving.

Spoiler alert. They did.

So in the afternoon Europeans from all different backgrounds gathered in BOZAR’s big room and listened to some speakers, and to themselves. What they demonstrated is that “There are many different kinds of voices in Europe. There are loud ones and quiet ones, shrill ones and softer ones. Together, they undoubtedly have the potential of uniting into something greater, something more complete – a choir even.” 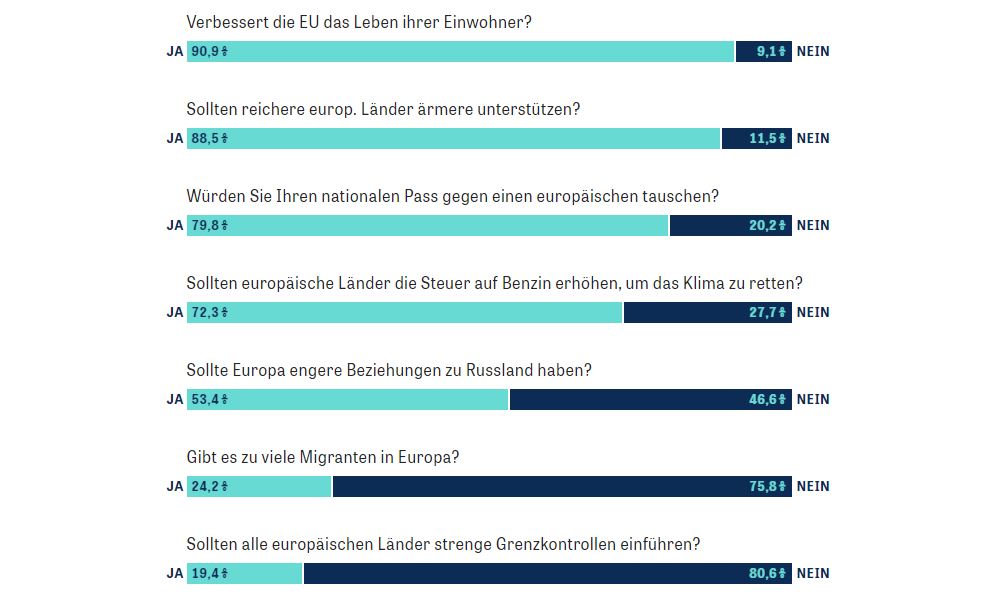 If you scroll down at the page of Europe Talks you can access media reporting about the this transnational debate and their national participants. Zeit Online shared great insights on the project.