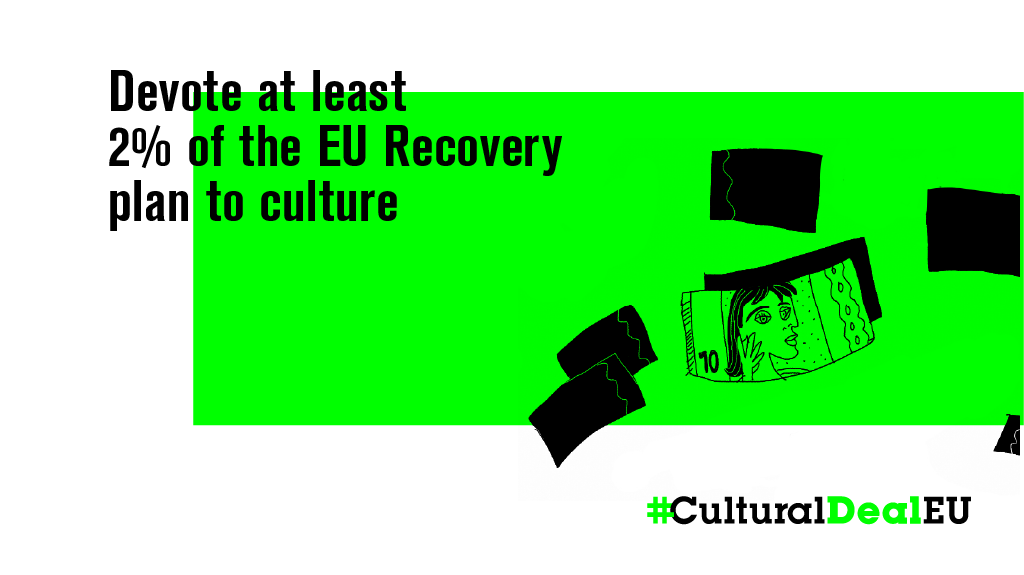 The #CulturalDealEU was launched on November 18th, 2020, in the midst of the pandemic. What has been achieved in one year? How much closer are we to a Cultural Deal for Europe? What is our horizon for positioning culture at the heart of the EU’s post-pandemic future?

Together with Culture Action Europe (CAE), Europa Nostra, also in its capacity as coordinator of the European Heritage Alliance, and in partnership with the Rebuilding Europe with Culture Campaign and Friends of Europe, we are pleased to announce a new date for the Annual Policy Conversation, A Cultural Deal for Europe!

What better way to kick off the new year than with this cultural event discussing how culture can contribute to Europe’s recovery and to its green, sustainable & inclusive future? Do not miss the Annual Policy Conversation, A Cultural Deal for Europe, 1 February 2022 from 15.00-18.00 CET, this time fully online.

This cultural event will focus on the contribution of culture and cultural heritage to Europe’s recovery, and to its green, more sustainable and inclusive future through the European Green Deal, the Conference on the Future of Europe and the New European Bauhaus, of which the three hosting organisations are official partners. The aim of this policy conversation is to inspire and engage the wider European community of artists, cultural workers, creative industries and heritage stakeholders in building a future that is more resilient and sustainable for Europe and its citizens.

Two years later: Update & State of play of the Cultural Deal for Europe

15:25 – 16:05: Culture for Recovery and Sustainability in Europe
Moderated discussion with Tere Badia, Secretary-General of Culture Action Europe, Elena Polivtseva, Head of Policy and Research, IETM and Inês Câmara, Co-founder and director of Mapa das Ideias. With contributions from the representatives of the French Permanent Representation to the EU, the Czech Permanent Representation to the EU and MEP Monica Semedo, Renew Europe

Audience input: What topic do you want to be addressed by the next Work Plan for Culture 2023-2026

Audience input: What do you think is the main contribution of culture and cultural heritage for the green transformation?

17:00- 17:40: Culture for the Future of Europe
“To make the silos dance. Mainstreaming culture into EU policy” – presentation of the paper by Gijs de Vries, Senior visiting fellow at the London School of Economics and Political Science (LSE)

Audience input: What can a strategic cooperation between the EU and philanthropy bring?

18:00: End of the event, presentation of the visual story timelapse by Menah, and closing by the Cultural Deal for Europe partners: Culture Action Europe, European Cultural Foundation and Europa Nostra

Read 'To Make the Silos Dance' by Gijs de Vries