Subscribe to our newsletter
I accept all terms and conditions
There was an error, please try again later
Thank you for subscribing!
CPRA 2013: Governing Heritage Dissonance by Višnja Kisic Back
Support us

ECF is delighted to announce the publication of Governing Heritage Dissonance: Promises and Realities of Selected Cultural Policies – a pioneering study by Višnja Kisić, winner of the 2013 Cultural Policy Research Award (CPRA).

The book is out of print – only available for download.

Drawing on illuminating case studies from South-East Europe, Kisić connects heritage studies and cultural policies with issues of difference, conflict and reconciliation, prompting us to rethink how we approach the past and deal with diversities between cultures, nations and generations at a time of increasing fragmentation across Europe. Her timely analysis suggests ways of approaching our common heritage that could open up avenues to a better design for Europe’s common future. 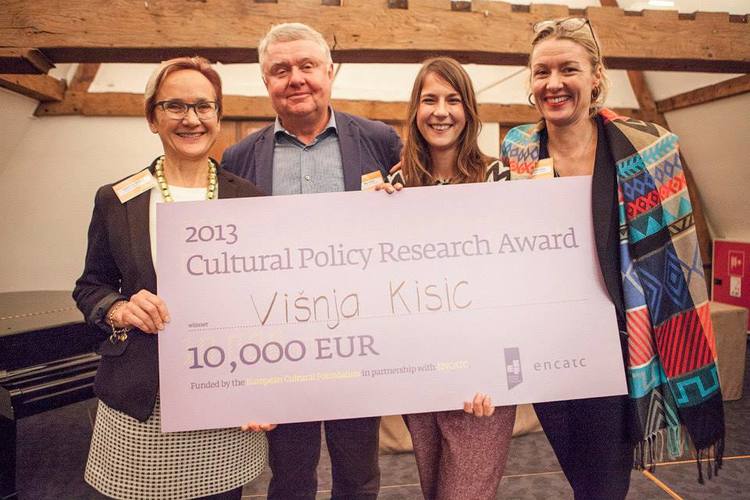 Višnja Kisic was awarded the 2013 CPRA. Photo by Dennis Ravays