Subscribe to our newsletter
I accept all terms and conditions
There was an error, please try again later
Thank you for subscribing!
Challenging the white gaze and Eurocentric perspectives Back
Support us

Created by Ariam Tekle and Emmanuelle Maréchal, #Blackcoffee_pdc is an Italian podcast on racial issues in Italy launched in April 2020. The podcast is a platform for Afro-Italian voices and narratives. In the context of the social and racial unrest that the pandemic has enhanced, #Blackcoffee_pdc aims to enrich the conversations around black identities, highlighting their work and initiatives. To this end, #Blackcoffee_pdc conducts interviews and facilitates collaborations. The topics discussed range from media language to music, from art to mental health, particularly in the context of racism, starting from the way it is embedded in Italy on a cultural and institutional level by challenging the white gaze and Eurocentric perspectives.

The 38 episodes so far have been in Italian. Now, the project aims to reach a more extensive audience by making stories also available in English. Furthermore, it aspires to open the platform to Black European people from across the continent. This way, shared experiences alongside regional specificities are made visible, establishing solidarity on a Pan-European level.

To tap into this Pan-European experience, Blackcoffee_pdc aims to interview Black people in France, Germany, Belgium, and Denmark for their next season and connect with other Afropean podcasts, including Kiffe ta race from France and Tupoka from Germany. Additionally, the podcast will be collaborating with Kirykou, a collective of young Afro-Italian artists, with whom they plan to create monthly content with a focus on Afro-European literature. Another local partner is Nuovo Armenia, a meeting space in a farmhouse in Milan, where the podcast will host live events and podcasts.

Ariam Tekle is an Eritrean-Italian documentary filmmaker born and raised in Milan. She has been analysing the Eritrean community’s integration issues of the city. Her journey led her to write her first documentary,  Appuntamento ai Marinai.

Emmanuelle Maréchal is French-Cameroonian whose Italian experience started in 2009. Emmanuelle observed how white Italy was and couldn’t help noticing how speaking about race and racism was taboo and how Italian people didn’t know their history. She created The LBDStories, an Instagram profile dedicated to telling her family story and stories of people from the African diaspora in Europe. For her podcast, she travelled to Italy to interview Black Italians, and it was on that occasion she met Ariam. 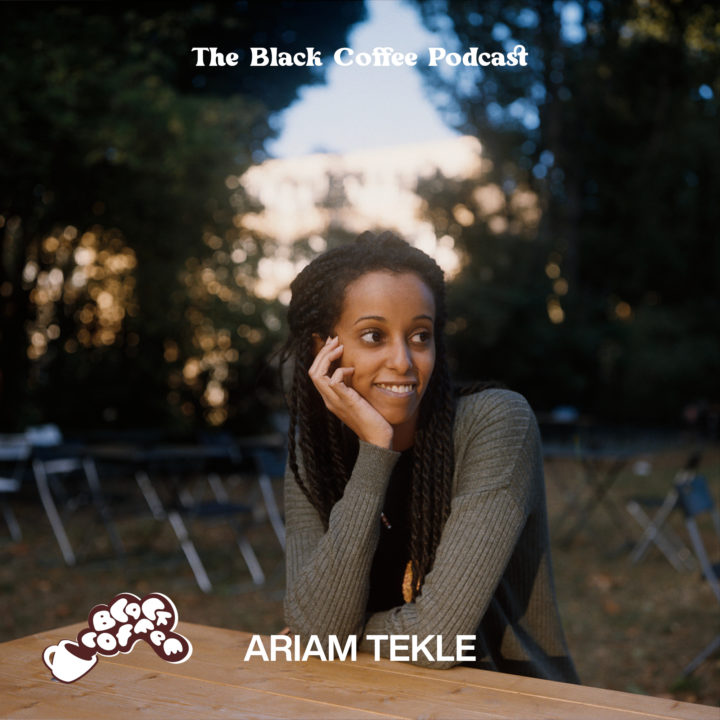 In our interview with them, they share their vision for #Blackcoffee_pdc.

How did Blackcoffee_pdc start? How has it developed and changed along the way?
#Blackcoffee_pdc was first thought of as a Youtube series, but the pandemic hit, and we had to re-think the project, so we agreed to turn it into a podcast. So far, we’ve produced four seasons.

Throughout the four seasons, the podcast evolved as we collaborated with two experts in the third season, during which we gave the microphone to them. The first expert is Italo-somali journalist Adil Mauro who had a section dedicated to telling stories of Black Italians not remembered by History. The second one is Italo-Haitian researcher and activist Marie Moïse, whose section was dedicated to studying how racism originated. We felt both sections were necessary because studies and research about Blackness in the Italian context are not happening now.

The positive response to the third season with the two new sections made us want to keep on passing the microphone to other Black Italian voices. For the fourth one, we invited activist and co-founder of the cultural association Questa è Roma, Kwanza Musi Dos Santos to host the section Exploring Black Europe with La Stanza di Kwanza. In it, she interviews various figures of the anti-racism fight in Europe. Our second host is Italo-Nigerian podcaster, YouTuber and comedian John Modupe whose section Decolonizing accents was all about making our audience laugh while dissecting the complexities of being Black African and European. These last two sections are the first ones we produced in English, thanks to the Culture of Solidarity Fund. In the European space, languages are a barrier for many Black diasporas. Creating content in English is helping us build a bridge with other communities and better understand what it means to be Black in different European countries. It is invaluable knowledge we want to share with our audience.

Why is framing a European scope relevant when considering a pan Afro-European experience and history?
In Europe, if it is true that Black Europeans share common history and experiences, it is also true that it is much more fragmented because of cultural and language barriers. The Black European experiences are not well-known even within its many communities, but bridges are starting to be built. For that reason, it might be challenging to talk about a pan-Afro-European experience and history for now. Nonetheless, there are diverse Afro-European experiences and, therefore, an extensive range of Black experiences in Europe due to its role in the slave trade and colonialism. The main Black experiences we see in the media are the Afro-American one, and when it is close to Europe, it is only about the migrant or refugee crisis. And if it is not the case, the narrative focuses on a one-size-fits-all story for Black Europeans born and raised in Europe. Or a narrative that benefits the political parties when they need their vote.

Racism originated from Europe, so the experiences of Black people and Black Europeans need to be known, documented, and studied. In that sense, Europe needs to confront its history and its responsibility in building a white supremacist society. The European scope is relevant for that reason and because the way racism operates there doesn’t take the same forms as the American one. Its specificity needs to be studied to understand better economic, societal, and social issues touching Black people.

If all the above is true, it is also essential to notice that sharing our stories and lives between Afro-Europeans creates a unique connection where there is a direct comprehension. Despite living in different occidental realities with a different History, when Afro-Europeans compare their respective experiences, there is an easier connection and comprehension of occidental spaces. 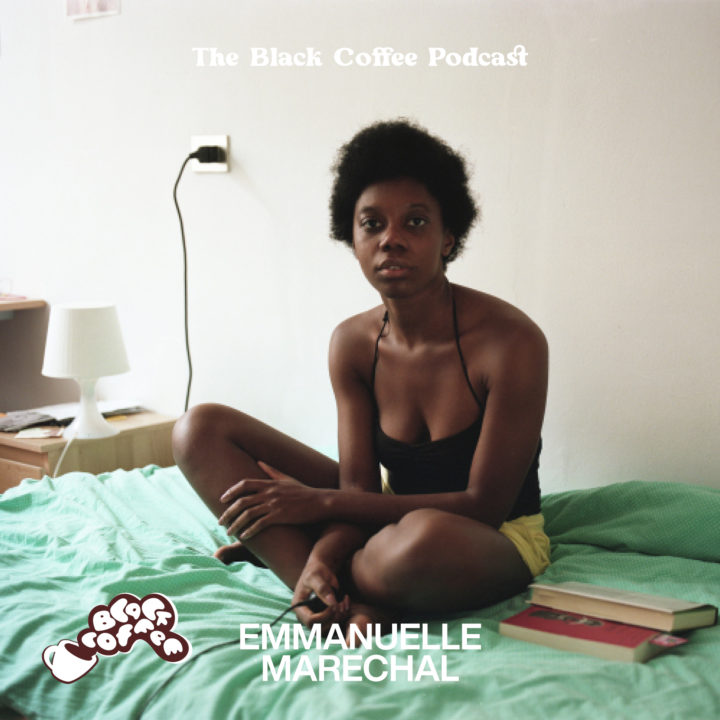 What are some challenges in making representation possible? How useful is the podcast format for this endeavour?
In the media and society, representation goes hand in hand with tokenism. Once a Black person enters a space, the homework is considered done, and then you have to wait for another decade for a new one to come in. In Europe, the experiences of these people who are (un)knowingly tokenised are often marred by negativity because tokenism isn’t representation. So before talking about how to make representation possible, we should think about tokenism first about Black and Brown people. We didn’t create the podcast to make representation possible but counter the media narrative about Black people in Italy. Our listeners discover Black Italians from all walks of life by tuning in, as Italian media tends not to differentiate Black Italians from immigrants, refugees, and migrants. Black doctors, entrepreneurs, artists, writers exist in Italy and what matters to us is for our listeners to understand their path. Studying or working in Italy while being an Italian without citizenship closes many doors compared to a white Italian. Yet, through our podcast, you hear stories of people making a living and building impressive careers and projects despite all the odds the Italian system throws at them. These stories need to be heard and known to change the system. #Blackcoffee_pdc is a platform needed for Black communities in Italy. But it is also necessary to change the narrative among people who don’t realise that their whiteness gives them access to many things a non-white person in Italy don’t have access to. More than representation, #Blackcoffee_pdc brings a myriad of perspectives and ways of being Black in the Italian and European space.

What new things will the upcoming season introduce? What should we be looking forward to?
More experts and content in English while keeping episodes in Italian. We need to keep a good balance of both to reach an audience abroad, bring the Black Italian experience outside of Italy, and keep nurturing and growing our Italian audience because there are still few outlets doing what we are doing.

For the same reason, we are introducing for the 5th season four new sections in collaboration with new hosts. In particular, we are having a segment hosted by an Italian Eritrean activist exploring Italian black activism. We will have a section on Black Italian literature with the artistic collective Kirykou. And an academic will explore some Italian words’ etymology to better understand their origins and meaning. We are also glad to introduce a section about music hosted by a black Italian pianist and composer.

‘No European democracy can exist without the robust articulation of European public opinion.’

“Radio itself is a public space”