Subscribe to our newsletter
I accept all terms and conditions
There was an error, please try again later
Thank you for subscribing!
“Europe: a mosaic of people, places, cultures and stories” Back
Support us

“Europe: a mosaic of people, places, cultures and stories”

In our series of interviews with Culture of Solidarity Fund grantees, meet the organisations behind CareStoriesWalks:

Who are you?
The Social and Community Theatre Centre | Teatro Popolare Europeo of the University of Turin is the lead partner of this project. The SCT Centre carries out interdisciplinary and cross-sectoral research, projects of cultural innovation and social impact, training and capacity building, impact assessment/supervision. Their work is based on social community theatre methodology, a specific approach of applied theatre to audience engagement, social inclusion, health promotion and to cultural welfare, that was designed in 2003 in Torino by the University of Torino. The SCT methodology has been applied since then by SCT Centre|Tpe at local and European level in cultural projects aiming at social and health challenges such as gender equality, healthy ageing, youth engagement, multicultural societas, civic engagement.

Teatr Brama is the Polish partner. The theatre company is revolutionising the relationship between audience and theatre by utilising performances to create participatory meetings, not a spectator activity. The Teatr Brama ensemble is a diverse group dedicated to a common artistic goal, researching the heights and depths of emotion, recalling heritage and reacting to the realities of life. As a cultural and educational association, Teatr Brama utilises non-formal and informal educational methods to empower people to use art and creativity to improve their lives and their world.

Omma Studio, the Greek partner, proposes new theatrical codes to the spectators and explores how the theatre can operate in today’s world. It is searching and testing the acceptable principles of theatre. OMMA makes street theatre and performs in non-theatrical spaces, in old storehouses, abandoned buildings, old schools, in Greece and abroad. Omma Studio presents indoor and street performances, does site-specific projects, offers educational events, open discussions, workshops, exhibitions, and has translated and published theatrical texts and generally organises any kind of event that contributes to cultivation and empowerment of people.

What made you think of the project?
We decided to work on the specific area of cultural welfare mixing art and healthcare after having observed, during lockdowns due the pandemic, the increasing number of people suffering from isolation and fear of relation with others. The urgency highlights the isolation and social fear mainly experienced by elderly people living in peripheral areas. This feeling of loneliness and fear of others (also of family members and friends) has led to a permanent state of isolation for a large group of people aged 55+. This isolation, even after the Covid emergency, could lead to a permanent social isolation of people who already experience loneliness, especially in small villages and peripheral areas.

We therefore decided to co-design an European artistic project that could help groups of people aged 55+ to enjoy open air movements and artistic activities introduced and proposed by the Social and Community Theatre methodology and feel part of a bigger community: that of the European Union facing the same experiences and emotions during the pandemic time. The idea of CareStories is to also explore possible collaborations of three European partners in developing a shared artistic methodology to work (each one but together) on peripheral areas of the countries involved. 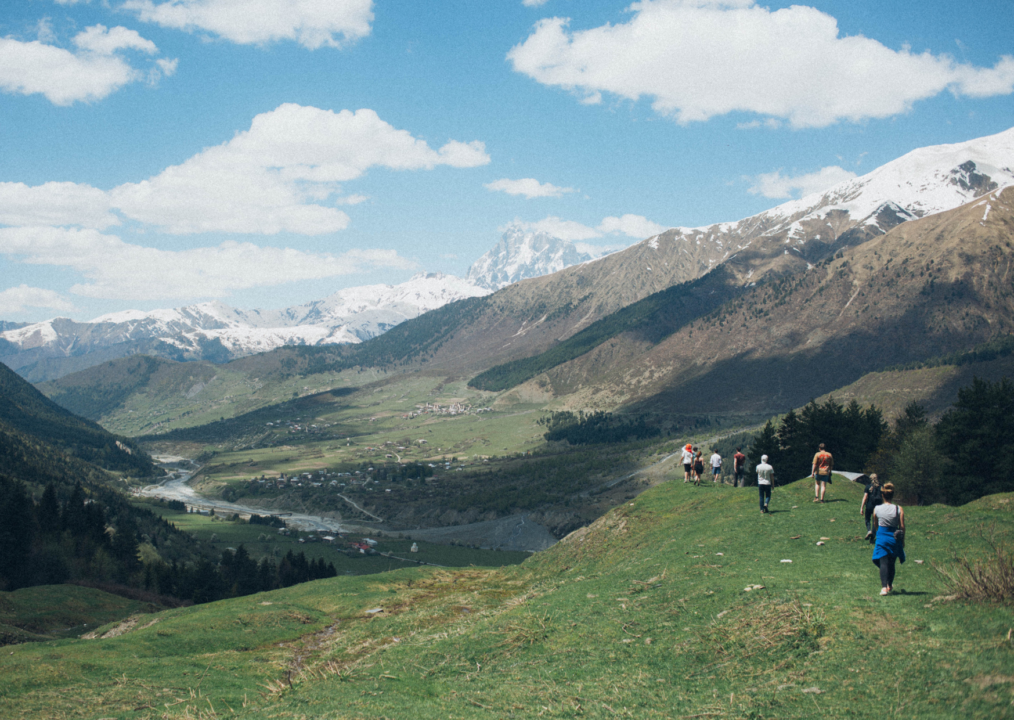 What will your project contribute to Europe, post-corona?
Post-corona we will all have to face the reconstruction of aspects of the glocal communities who have been discharged from the previous habits of relating to each other and this will be influenced by the fear of proximity relations and potential new virus. Arts could be a strong help in reconstructing social and relational skills and reinforce life skills connected with psychophysical health.  The project is intended to nurture the notion of Europe as a shared space by connecting participants from different nations to the same aspect of human solidarity: by telling each other about our territory (home country), its beauty and our personal memories of it, we encourage the sense of belonging to a local region but also reinforce the feeling that all these pieces of local areas are composing what we call Europe. Participants, helped by translation and visual materials, will discover territories of different nations throughout the voices and stories of local inhabitants. Working on the same topic – isolation and the fear of social relations after lockdowns – will help the three local groups of participants to discover that their feelings of loneliness are connected to those of other people located in far away countries.

How do you envision it to grow from local to pan European?
We have created a format that works on a local level composed by workshops of Social Community Theater and CareStoriesWalks, in order to engage firstly the local communities of the territories involved. Secondly, with the production of the common map and sites where all the walks will be collected together with digital materials as video, photos, storytelling extracts of the performances and theatrical materials used, we will encourage European inhabitants (starting from Piedmont, Italy, Heraklion island, Greece and the Baltic region, Poland) to discover the territories by joining the CareStories path that will have been created.

In this way we imagine to stimulate in the participants and the second target groups of beneficiaries the key concept of Cultural Welfare: promoting healthcare by nurturing relationships, cultural stimulation and active open air movement. Our idea is to offer a long lasting mixed methodology that will sustain the European population in facing the outcomes of the pandemic restriction of 2020 and 2021.

And – finally – how does your project help to make Europe an open and shared public space for everyone?
The proposal grounds its imaginative and cultural aspects in the potential of perception of Europe as a common country composed by lots of different internal territories and personal stories: a mosaic of people, places, cultures and stories that compose a bigger frame. By sharing their stories thanks to Social Community Methodology, participants will contribute to a European storytelling of landscapes and marginal territories, enlightening not only European Capitals and central areas but also remembering that Europe is composed of thousands of villages, valleys, rivers and human stories connected to them.

Everyone can use the CareStories Map – digitally or physically – by exploring, also from a technological device, the places we will connect through arts.

In september 2021 Aufruhr – the magazine of the German foundation Mercator – published an article, in German, on the project.

You can also read a blog with a general presentation of the project and the activities here.

“Europe as a space for continuous sharing”