Subscribe to our newsletter
I accept all terms and conditions
There was an error, please try again later
Thank you for subscribing!
“Maybe translation is a spiritual smuggling” Back
Support us

“Maybe translation is a spiritual smuggling”

In a series of interviews with our Culture of Solidarity Fund grantees, here’s George Blaustein, one of the initiators of the forthcoming European Review of Books, a multi-lingual, pan-European magazine of culture and commentary, in print and online. In the conversation we touch on the art of translation, hyperlocalism and supra-nationalism and why European intellectual life needs more writers, why it needs more critique, more intelligent dissent, disharmony, and even cacophony.

First of all, George, who are you?

We’re a group of writers, academics and designers. We’re from the Netherlands, Norway, France and the US, and we’re reaching out. I myself am originally from Wisconsin and moved to Amsterdam in 2011 after finishing my PhD. I teach history and American Studies, with an emphasis on the transatlantic: the founding preoccupations of my field were the American picture of Europe and the European picture of America. The European Review of Books, though, is of a new era: a Europe after the American Century.

About two years ago Uğur Ümit Üngör said to me, out of the blue: “we need a European Review of Books.” Another friend, Sander Pleij, had been pondering a new literary magazine. Something clicked, though we didn’t yet know what it would be. I think the first line we put on paper was: “Books? Review? Europe? A European Review of Books would sound thrice-doomed.” For a while this was our perverse mantra.

Yet things began to take shape. Something called The European Review of Books will of course spark very different sentiments—aspiration, nostalgia, bitterness, scorn, confusion, delight—depending on where you are. The title, I came to realise, is both a game and a commitment. It calls to mind the New York Review of Books and the London Review of Books, great magazines I subscribe to and admire. But the ERB has a different purpose and will have a weirder shape. While it channels a longstanding “European” cultural aspiration, sure, experimentalism can sneak in under that staidness. Imagine something called, say, the Zemblan Review of Books, or the Esperanto Review of Political Theory, or the Klingon Review of Horticulture, or the Utopian Review of Bicycles.

Our commitment is to a literary culture beyond the nation and the metropole. We want a magazine for great original essays and great criticism, in English and in a writer’s mother tongue. We landed on that approach to language pretty early: strategic bilingualism. It’s strategic in that there’s no other way to do it. But it marks a grander commitment, too: to give good writing that double form, and to have it resonate within and beyond particular places. 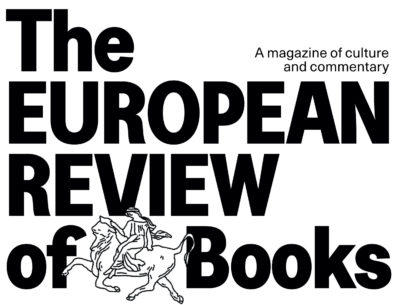 How do you envision it to grow from local to pan-European?

Magazines – “little” or “literary” magazines, at least – often emerge from a coterie. Ours is different, insofar as we are casting our first nets across language and region. Is this possible? We hope so. But it means that we aim both at the local and at the pan-European—or maybe that those labels obscure as much they reveal.

One risk of calling something “The European Review of Books” is that it might sound like a parliament of other magazines, standing above and looking down, as if in parallel to the EU. But that is emphatically not what we are. (Here I do want to mention Eurozine’s heroic curation of cultural journals: a punning alternative to the Eurozone.) The ERB can operate below the nation as much as above it—or perpendicular to it. These are clunky spatial metaphors. The point is that the ERB will wind geographic paths that I cannot imagine. The editing of it will demand, and can give rise to, unexpected intimacies and solidarities. None of it is orderly or clean, and it isn’t without risk.

The literary line between the local and the pan-European doesn’t have to run through the nation. The old aphorism that “a language is a dialect with an army and navy” comes to mind. I had heard it for years before learning that it appeared in Yiddish first: “a shprakh iz a dialekt mit an armey un flot.” Max Weinreich, who expressed it that way in 1945, was a Russian Jewish linguist who had moved from the Latvian town of Kuldīga, to Berlin, to Marburg, to Vilnius. He was in Denmark when war broke out in 1939, and then moved to New York—a life both hyperlocal and supra-national.

Another anecdote (since sometimes that is the only way to answer a question). Years ago—this still stirs me—I heard that a librarian at my university also translates Emily Dickinson poems into Frisian. (“Water, is taught by thirst / Land—by the Oceans passed” becomes “Wetter, wurdt jin leard troch toarst. / Lân—troch de befearne See.”) We want non-national languages, too. And we welcome any implosion of the old “traduttore, traditore” joke—here the translator is no traitor. Maybe translation is a spiritual smuggling.

What did the pandemic change?

The pandemic made us wish the magazine already existed. It also deepened our commitment: it accelerated pre-existing inequalities and precarities, and then took an enormous toll on culture. Those aesthetic costs—the blow to theater, music, and everything else—are immeasurable. One of the traps of our era is to see those things as somehow secondary rather than essential. What it means for a magazine of this sort is that we launch with a restorative purpose as well as a vanguardist one. We want to create an institution that pays contributors fairly, that cultivates new writers, that endures.

Everything I’ve articulated so far will sound elementary or even obvious to the people who (I hope!) will contribute to the ERB. But I’ll say two more obvious things.

English has a strange ubiquity in Europe. That ubiquity can give the impression of an inclusive lingua franca, which then raises a fantasy of efficient translation, of a frictionless flow analogous to the flows of goods and capital. (“Frictionless” is a horrible word.) But that impression is an illusion, and to celebrate it would be celebrate what is, after all, a shallow internationalism. The ERB is an English-language publication that also resists, or plays with, the seeming hegemony of English. (I understand and even sympathize with calls for linguistic protectionism, even though, as an academic expat in Amsterdam whose Dutch is clumsy and witless, I have myself followed the routes of that pseudo-internationalization.) Call it a predicament, an irony, a contradiction, a paradox, whatever—we want to use the ubiquity of English to animate the multilingual.

Finally, I can understand someone asking, aren’t there a zillion magazines? What can a magazine really do? My answer is that there aren’t enough of them! If anything, “European intellectual life” is a bloodless abstraction that needs more writers, and it needs more critique, more intelligent dissent, disharmony, even cacophony. Inclusion is not enough, just as a lingua franca is not enough.