Subscribe to our newsletter
I accept all terms and conditions
There was an error, please try again later
Thank you for subscribing!
Carmago Foundation on the European Pavilion Back
Support us

Carmago Foundation on the European Pavilion 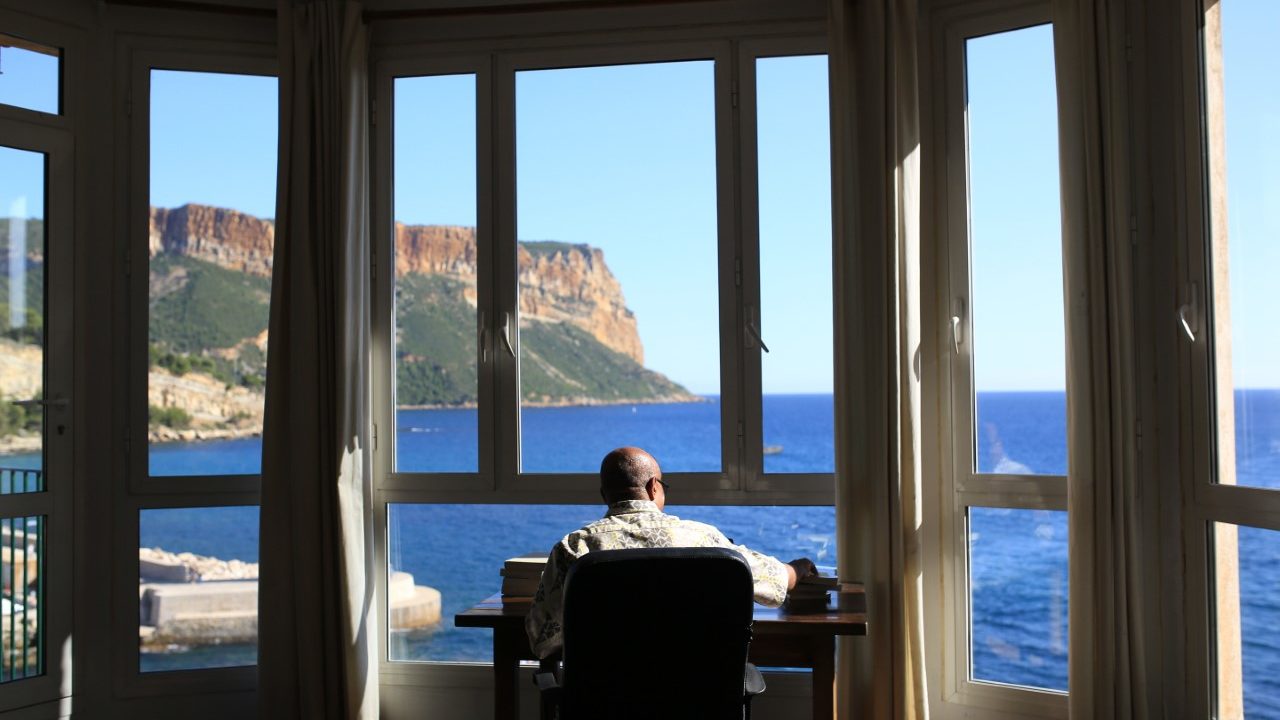 What is the context you work in and why is Europe relevant?

In my early twenties, I moved to Beijing. It was the early 1990s and China was starting to slowly open up. On a personal level, it was while working in a very different cultural context that I felt commonalities in European culture and realised how I strongly belonged to Europe. Those first eight years of my professional life, working in a Chinese organisation – mainly on China and Europe cultural exchanges – made a strong mark on me. Since then, I have always been involved in multilateral cultural collaborations. I moved back to France in 2007 to work for Marseille Provence 2013 European Capital of Culture on its European and Mediterranean dimensions.

Now, I am the Executive Director of the Camargo Foundation. It is a residency centre for artists, scholars and thinkers in Cassis, France, on the edge of the Mediterranean sea. Camargo Foundation was founded in 1967 by Jerome Hill, an American artist and philanthropist. This was his former house that he developed after World War II as a place for creativity and freedom of experimentation – inviting artists from the USA and Europe. I was hired to develop the programme and open it up to be both grounded in this area as well as internationally. The European dimension was an evidence.

Considering the history of the site, its location on the Southern edge of Europe and the current challenges the world is facing, this was a perfect place to think, create and reflect together on today’s world and imagine possible futures. This kind of reflection should be done at different levels. Obviously to be grounded at the local level is key but also a broader level is needed. Europe is the right level with the richness of our histories, our diversities and our commonalities.

Why is the European Pavilion an interesting idea and how would you like to collaborate on it?

Since European institutions were established after World War II to prevent further conflict and to create some international cohesion, the economic agenda and the creation of a common market have defined its identity. Over the last seven decades, the tensions between national supremacies and the enlargement of the European Union have contributed to Europe’s fragility. Today more than ever, with European unity being threatened by Covid-19, Brexit and other political and social tensions, Europe as an institution is at risk in a period when it is really needed to face current challenges – from climate change to increased social inequality and more broad systemic change.

The essence and value of Europe as a wide and diverse cultural community and a dynamic public sphere are not acknowledged. The idea of a Europe based on solidarity, mutual respect among people and cultural cooperation across borders and differences, where citizens feel they belong to a common demos, is struggling to take shape. Europe has failed to build a

European imagination powerful enough to influence the way Europeans negotiate, exchange and interact with each other and the rest of the world. This is probably partly due to the fact that we confuse Europe and the European institutions.

At this stage, building and sharing various European imaginaries of possible enviable futures would be an important contribution to the process of rethinking Europe. Hence, this could become the European Pavilion.

We are currently working with the European Cultural Foundation on inviting a few thinkers from different disciplines to exchange and develop a framing text proposing common ground for the Pavilion concept. It should be open to various questions and the invitation should be extended to help germinate imaginations. Each Pavilion will then be able to provide possible answers based on their specific locations from within Europe or beyond.

In your dreams, what would the European Pavilion look like?

A few years ago, Thomas Bellinck came to Camargo to prepare the second edition of his performance installation Domo de Eŭropa Historio en Ekzilo (“The House of European History in Exile”, translated from Esperanto) presented at the Musée des Civilisations de l’Europe et de la Méditerranée–MuCEM in 2018. It is set up in the second part of the 21st century and it tells of the failure of the European dream, described in objects, cards and recordings that chart the long disintegration of the EU. Each visitor has an inner encounter in time and space with how the history goes and what we are at risk of losing. And it ends with a bar on the rooftop of the MuCEM facing Marseilles and the Mediterranean, where the bartenders were scholars and activists and in which informal discussions would take place about the importance of Europe. This work was really powerful and reminds each visitor of the value of Europe and the need to act now.

I would dream now of a series of Pavilions in different locations within Europe and outside Europe, in urban and rural areas. This is a constellation that would have commonalities but each individual Pavilion would be a sparkle of the European Pavilion programme. Each Pavilion would address its own local specificities about what could be a European horizon and dreams could spread out from there. It should be of artistic and intellectual quality but inclusive. Invitations to other Pavilions could be extended to ensure connection and exchange between the constellation. The constellation should start with a few sparkles and grow organically.

Physically they should be different from a physical building – becoming a more open and natural space. More than the physical form, it is important for these Pavilions to be a welcoming space for diversity – just as Europe should be.