Subscribe to our newsletter
I accept all terms and conditions
There was an error, please try again later
Thank you for subscribing!
Build the City: perspectives on commons and culture Back
Support us

Build the City: perspectives on commons and culture 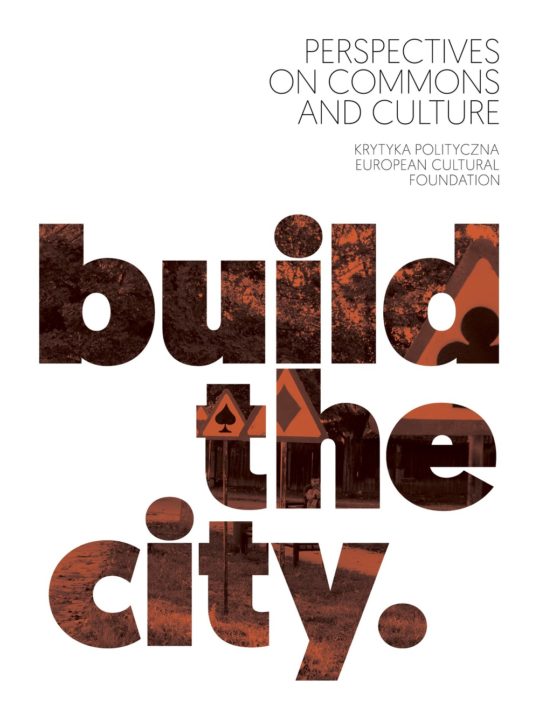 Published in the frame of ECF’s Idea Camp 2015, Build the City: perspectives on commons and culture rediscovers, reframes and reconsiders previously published historical, artistic, participatory and theoretical perspectives on the subject by a wide variety of authors from different geographical and professional backgrounds.

This publication presents a range of texts, studies, interviews and cultural examples of what we see happening in our cities and their wider regions across Europe: a powerful bottom-up movement led by citizens themselves, developing new participatory democratic practices that shape our cities and empower us to govern them in a different, collaborative way.

“Dougald Hine, in the recently published book Build the City, describes a commons as “a fabric of relations that is built and rebuilt and renegotiated over generations”. Embedded in this definition are two crucial points: Firstly, that commons cannot be made, they must emerge; and secondly, unlike public space, a common may emerge in any kind of space. While public space is public space regardless of whether it is used, commons are dependent upon commoners using them – meaning a private space can also become a common.” — Bradley L Garrett
Download the book (PDF)
Order a hardcopy