Subscribe to our newsletter
I accept all terms and conditions
There was an error, please try again later
Thank you for subscribing!
A Cultural Dimension to the EU’s External Policies – from Policy Statements to Practice and Potential Back
Support us 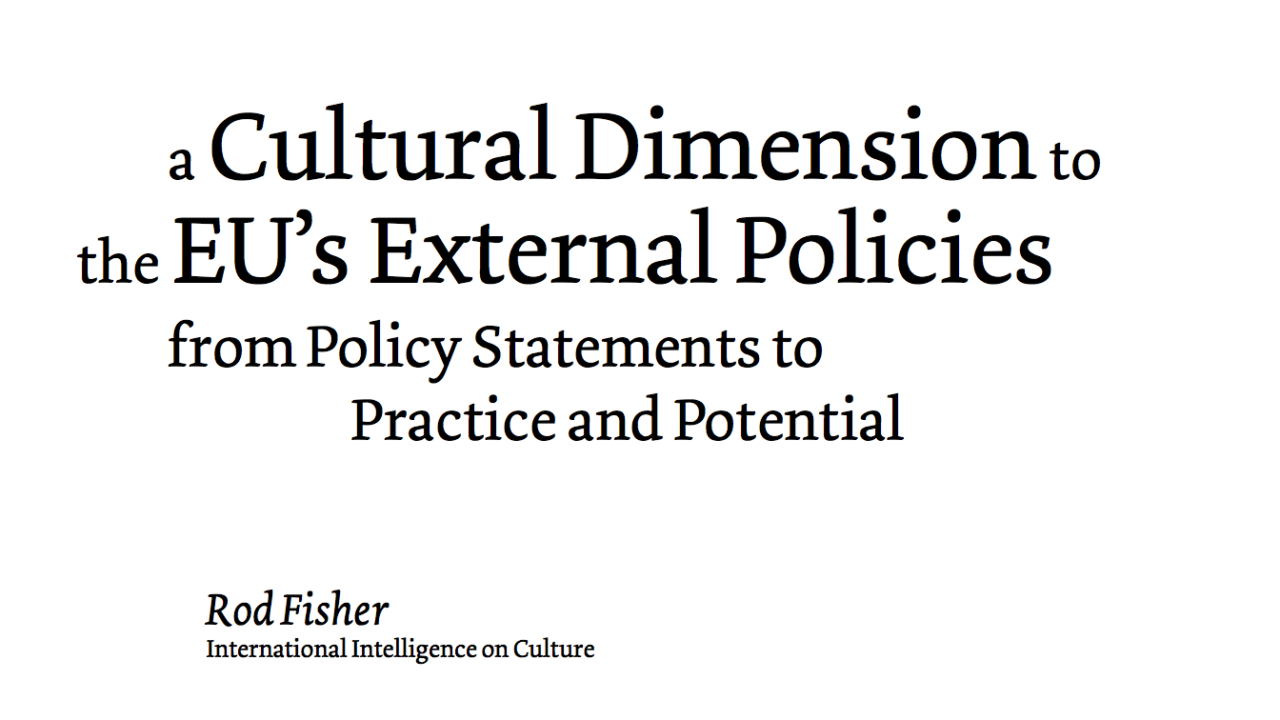 This is the second part of a preliminary examination to ascertain whether there is sufficient interest in Member States, and if the preconditions exist, for the development of a coherent cultural dimension to EU external policies. It builds on an initial literature and web based survey conducted by the Boekman Foundation. Its tasks has been to verify whether the reasonably encouraging findings that emerged from the first study were true in practice, by interrogating stakeholders in six diverse EU counties: Denmark, France, Latvia, Poland, Portugal and the UK.

This new study broadly endorses the conclusions of the first survey and provides some insights of its own about attitudes to, and the potential for, a cultural dimension to the EU’s external policies. The consensus of this latest study suggests there is no significant overt opposition towards the idea of the EU having a cultural component to its relations with the wider world; indeed, there is evidence of real support for the idea in some countries. True, support was sometimes qualified, but this was to be expected. It is also evident that the concept was novel to a number of interviewees and this may account for any uncertainty or indifference sometimes encountered.

On the basis of this survey, there seems to be room for possible EU actions in most of the world, although the EU Neighbourhood Policy countries of Central and Eastern Europe, the Mediterranean Rim nations and Asia were especially favoured. It was striking how Member States geographical priorities for cultural relations coincide with the fasting growing markets for international trade: China, India and, to some extent, Brazil.

Significantly, only one country surveyed specifically indicated cultural sectors – broadcasting and language – it considered should remain a national prerogative.

It is also clear from this sample survey that countries are more open to cultural engagement with other EU nations in the delivery of their international objectives.

If EU framework policy is to be developed in this area it should be guided by the following principles:

There are at least six areas where collective and co-ordinated action would have beneficial impacts on the global presence of the EU: